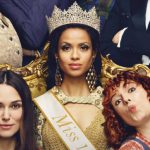 Pathe has released the first trailer and poster for director Philippa Lowthorpe’s upcoming comedy drama Misbehaviour. The film follows the story of the disruption caused during the 1970 Miss World contest when the Women’s Liberation Movement invaded the stage in protest during the live broadcast followed by an uproar when the results revealed that Miss […] 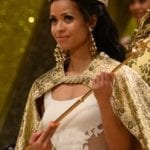 With principal photography now underway, Pathe has unveiled the first image has been released from the upcoming comedy drama Misbehaviour. Directed by Philippa Lowthorpe, the film tells the story of the disruption caused by the Women’s Liberation Movement during the 1970 Miss World contest and features Gugu Mbatha-Raw as Jennifer Hosten, the first black woman to […] 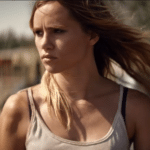 Suki Waterhouse (Assassination Nation) will be starring alongside Keira Knightley (The Aftermath) in Misbehaviour, according to Deadline. The film will tell the story of the 1970 Miss World competition which faced a lot of controversy from the women’s rights activists as well as accusations of racism. Waterhouse will portray Sandra Wolsfeld, the competition’s Miss USA. Waterhouse […] 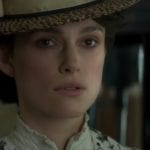 Keira Knightley (Colette), Gugu Mbatha-Raw (Belle) and Jessie Buckley (Wild Rose) have been cast in Misbehaviour, a dramedy telling the true story of the first black woman to win the Miss World competition. Philippa Lowthorpe (Three Girls) is set to direct the film, which will take place against the backdrop of the 1970 Miss World […]