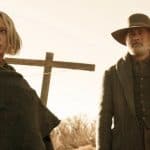 Although plans remain in place for Universal to release the movie in the United States this Christmas Day, Deadline is reporting that the studio has made a deal with Netflix to release the upcoming Paul Greengrass and Tom Hanks film News of the World direct to the streaming service internationally. According to the trade, Universal […] 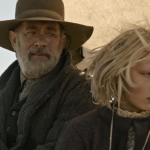 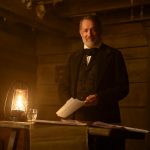 Universal Pictures has released a TV spot and images for the upcoming drama News of the World. Based on Paulette Jiles’ best-selling novel of the same name, the film sees director Paul Greengrass reunite with his Captain Phillips star Tom Hanks, who leads the cast as Captain Jefferson Kyle Kidd, a widower and non-fiction storyteller […] 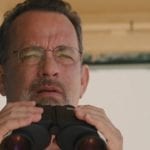 THR is reporting that Tom Hanks is set to reunite with his Captain Phillips director Paul Greengrass on News of the World, an adaptation of the Paulette Jiles novel, which is set up at Fox 2000. Set in the aftermath of the American Civil War, News of the World follows a widowed news reader who […]

According to Deadline, Fox 2000 has tapped Lion screenwriter Luke Davies to adapt Paulette Jiles’ novel News of the World as a star vehicle for Tom Hanks, who is producing alongside Gary Goetzman and Gail Mutrux (The Danish Girl). News of the World takes place in 1870 and revolves “around a road trip through the […]