AJ and the Queen won’t be making another cross-country road trip, as Netflix has cancelled the show after just one season. The show’s star and executive producer RuPaul took to Twitter to announce the show’s end: End of the road for “AJ and The Queen” @Netflix has decided to not extend our road trip across […] EJ Moreno reviews the premiere episode of RuPaul’s Drag Race UK… One of the most beautiful times of the year is the start of a new season of RuPaul’s Drag Race. As a fan of the original version, it’s become tiresome with so many seasons back-to-back, though. Thankfully the UK version of the show is […] While United Kingdom fans await the release of their very own edition of RuPaul’s Drag Race, it seems like everyone will get the chance to join in as World of Wonder has announced that the new series will air on October 3rd on their streaming service, WOW Presents Plus. Episodes of RuPaul’s Drag Race UK […] 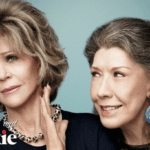 Award-winning production company World of Wonder announces today it is in development on the upcoming scripted comedy feature Drag Queens on a Plane, executive produced by RuPaul Charles and World of Wonder’s Fenton Bailey, Randy Barbato and Tom Campbell. From the producers of RuPaul’s Drag Race, RuPaul stars in what is being described as “the […]

Deadline is reporting that J.J. Abrams’ Bad Robot Productions has teamed up with RuPaul to produce a half-hour dramedy series presenting a fictionalised version of the life of the drag queen and global LGBTQ icon. The series will be penned by Gary Lennon (Power, Orange Is the New Black) and takes place in 1980s New […]