With its premiere just one week away, three new character posters have arrived online for Marvel’s She-Hulk: Attorney at Law featuring Tatiana Maslany’s She-Hulk, Ginger Gonzaga as Jennifer’s best friend Nikki, and Jameela Jamil’s villain Tatiana. Check them out below along with a new clip and featurette for the new Disney+ show…   She-Hulk: Attorney […] 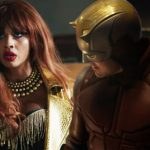 With a little over a week to go until She-Hulk: Attorney at Law premieres on Disney+, two promos have been released for the upcoming Marvel Studios series which sees Jennifer Walters (Tatiana Maslany) trying to find the balance between her career, dating, and her new life as a super-powered Hulk, as well as offering up […] After making his Marvel return as Matt Murdock in last year’s Spider-Man: No Way Home, Charlie Cox is set to suit up as Daredevil once more for a guest appearance in the Disney+ series She-Hulk: Attorney at Law, before reappearing for the Hawkeye spinoff Echo, his own 18-episode series Daredevil: Born Again, and the MCU-adjacent […] 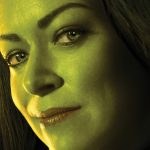 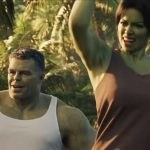 With She-Hulk: Attorney at Law’s season premiere a little over two weeks away, a new clip has been released from the new Marvel series giving us an extended look at a scene from the most recent trailer which sees Bruce (Mark Ruffalo) giving his cousin Jennifer (Tatiana Maslany) a few pointers on how to use […] 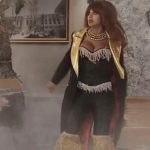 While she wasn’t sniffing fellow MCU star Paul Rudd at the San Diego Comic-Con International last week, actress Jameela Jamil took some time to speak to Screen Rant about her upcoming role as Titania in Marvel Studios’ next Disney+ series She-Hulk: Attorney at Law. Asked how her character will stand out among the ever-growing roster […] 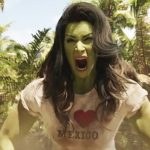 After debuting a new trailer at the San Diego Comic-Con International this past weekend (which included a glimpse of a suited-up Daredevil in his classic red and yellow colour scheme), Marvel Studios has now shared a poster and behind-the-scenes featurette for its upcoming Disney+ series She-Hulk: Attorney-at Law. The featurette includes new footage from the […] 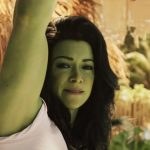 A first look at Jameela Jamil in She-Hulk: Attorney At Law dropped, and the internet was quick to comment on it. Some of them were hyping the actress’s appearance in the show, while others made comments about her actual appearance. Sadly, some of the comments were a bit mean toward her look, particularly her hairstyle. […] 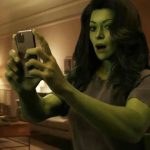 Over the past few years, Marvel has seen some backlash for the visual effects in their films and television shows. We saw this as early as 2018’s Black Panther, in which many pointed at the third act’s VFX as a big hindrance, and the criticism has plagued Phase Four as Marvel Studios expands its output […]