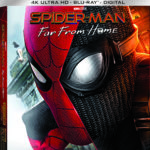 Sony Pictures has announced the home entertainment release of the blockbuster sequel Spider-Man: Far From Home which is set for a digital release on September 17th, and hits shelves on on 4K Ultra HD, Blu-ray and DVD on October 1st; check out the cover artwork,  special features, and the bonus short – ‘Peter’s To Do […] 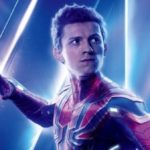 While the vast majority of Marvel fans were distraught to learn that Spider-Man will be exiting the MCU following a breakdown in negotiations between Disney and Sony, Peter Parker himself Tom Holland seems to be very optimistic about what the future holds for the web-slinger, despite the fact that Marvel Studios will no longer be […] 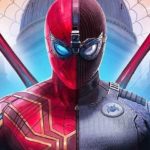 Following the news that Spider-Man: Far From Home is to be re-released with new footage this weekend, Sony has released a trailer for the extended cut of the Marvel superhero sequel, giving us a glimpse at some of the news scenes from the movie; watch it here… SEE ALSO: Tom Holland says Spider-Man “is only […] 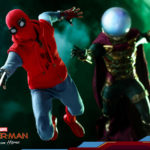 Hot Toys has unveiled its 1:6 scale Spider-Man (Homemade Suit Version) collectible figure which is inspired by the Ultimate Illusion battle between Spidey and Mysterio in the Marvel and Sony blockbuster Spider-Man: Far From Home; check it out here… SUPPORT FLICKERING MYTH: Order via Sideshow Collectibles Inspired by the scenes with Spider-Man donning his homemade suit […] 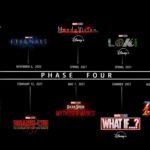 Martin Izzard on why superhero fatigue isn’t going to become a thing… Every few years, there’s an excitement that builds around what Marvel Studios is going to announce is coming next. We’ve had that this weekend, with confirmation of what will make up Phase Four of the Marvel Cinematic Universe. The plans include several episodic […] 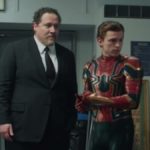 Jon Favreau, one of the stars of Spider-Man: Far From Home, says he had more fun acting in the film than in any other movie he has been in. With all the drama surrounding Spider-Man’s apparent exit from the MCU, it feels like a long time ago that Tom Holland and co were on our […] 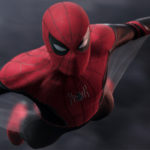 Following on from Spider-Man’s exit for now from the MCU, it is now being reported that Jon Watts, director of Spider-Man: Far From Home, is not attached to direct the third movie in the series. When news broke that the relationship between Disney and Sony had broken down, leaving Spider-Man shut out of the MCU, […] 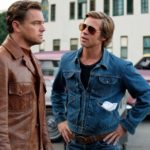 Listen to the latest episode of The Flickering Myth Podcast… Allen and Gerald are joined by Lacey Day to discuss the paltry film and television news from last week and discuss more summer movies, and Gerald finally gets to vent his feelings on Quentin Taratino’s latest film Once Upon a Time in Hollywood. Major spoilers […] 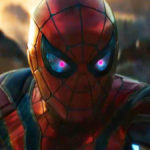 Well, here’s the news that fans of the friendly neighbourhood Spider-Man have been dreading… after steering the franchise to its highest-grossing instalment – and indeed, Sony’s biggest movie of all-time – with Spider-Man: Far From Home, Disney and Sony have failed to reach a deal to continue sharing the web-slinger and Marvel Studios will no […] 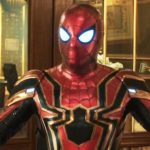 Sony Pictures will be re-releasing Spider-Man: Far From Home with four minutes of additional footage over Labor Day weekend, according to The Hollywood Reporter. This version of Spider-Man: Far From Home will hit theatres on Thursday 29th August in the United States and Canada, as well as being available in IMAX and other large formats in select […]