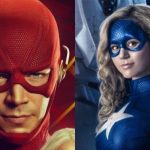 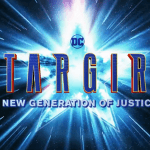 Following two new trailers for Stargirl, DC Universe and The CW have released synopses for the first three episodes of the DC superhero series which you can check out below… “Stargirl”: In the series premiere episode, Courtney’s seemingly perfect life in Los Angeles gets upended with a move to Blue Valley, Nebraska with her mother […] 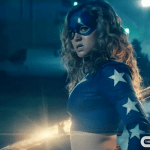 Ahead of its premieres this May, The CW has released two new trailers for the upcoming DC series Stargirl which offer another look at Brec Bassinger’s titular young hero in action; take a look here… Stargirl will follow the story of Courtney Whitmore (Brec Bassinger) who is a smart, athletic and above all else kind girl. […] 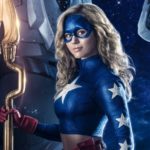 Stargirl is finally arriving in the DC Television Universe. The DC Comics series will debut on May 11th on DC Universe, the brand’s streaming service, and will then air on The CW on May 12th. It was previously revealed that the episodes would run on the television network the day after their streaming debut. There […] 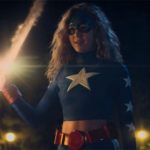 The CW has released a new trailer for its next DC Universe superhero drama series Stargirl which stars Brec Bassinger as its titular teen hero; watch it here… Stargirl will follow the story of Courtney Whitmore (Brec Bassinger) who is a smart, athletic and above all else kind girl. This high school teenager’s seemingly perfect life […]

Following a brief teaser earlier in the week, The CW has now unveiled the first trailer for the upcoming DC Universe superhero drama Stargirl series, which gives us our first look at Brec Bassinger’s teen hero in action; watch it here… Stargirl will follow the story of Courtney Whitmore (Brec Bassinger) who is a smart, […] 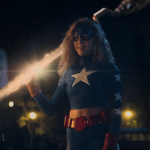 DC Universe has released a very brief teaser for its live-action superhero series Stargirl which offers a shot of Brec Bassinger’s Courtney Whitmore alongside a trio of her high school pals, before ending with a quick shot of her suited up as the titular heroine; check it out here… SEE ALSO: Brec Bassinger’s Stargirl to debut […]

Last week it was announced that the Stargirl TV series is set to air on both the DC Universe streaming app and The CW network, and now comes word that its titular heroine is set to make her screen debut in the upcoming Crisis on Infinite Earths crossover. According to a report over at Business […]

Last month it was rumoured that the upcoming live-action DC series Stargirl could be on the move from the DC Universe service to The CW, and now comes word that the show will indeed be airing on the network, albeit the day after its exclusive premiere on the streaming app. As reported by Deadline, each […]

It seems that The CW could be set to add yet another DC property to its ever-increasing roster of superhero shows, as Collider’s Jeff Sneider is claiming that the upcoming DC Universe series Stargirl may be set to make the move to the network. According to Sneider, should the series shift to The CW, the […]