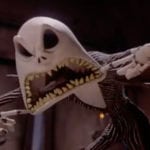 EJ Moreno discusses his top picks for kid-friendly Halloween horror movies… Halloween is a significant time when everyone dives into the world of horror. For many children, this is their first introduction into the genre, either scarring them for life or making them lifelong fans. Use this list as a guide to find the perfect fit […] 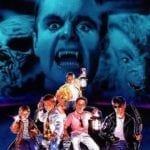 Despite being a box office bust upon release in 1987, horror-comedy The Monster Squad has went on to become a firm cult favourite over the years, and its rise to cult classic is now the subject of a new documentary titled – naturally – Wolfman’s Got Nards. The Monster Squad was directed by Fred Dekker […]

Shane Black is currently hard at work developing a sequel to Predator, and it looks like he’s also interested in revisiting another 80s property from his C.V., with the filmmaker discussing the possibility of a follow-up to the 1987 cult classic The Monster Squad. “The cult surprised [me]” said Black in an interview with IGN. “I […]