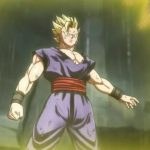 Crunchyroll and Toei Animation have released a trailer for Dragon Ball Super: Super Hero, the twenty-first feature in the Dragon Ball franchise, as well as announcing a global theatrical release this June. The animated movie sees Goku once again forced to take on the evil organisation The Red Ribbon Army when they return with two […]

Bandai Namco have announced that One Piece: Unlimited World Red Deluxe Edition will be coming to the Playstation 4 and PC digitally on the 25th August and the Nintendo Switch as both a physical and digital copy in September.  This will be a brand new updated version of the game supporting 4K on the PC and Playstation 4 […]