The closing chapter of 20th Century Fox’s rebooted Planet of the Apes trilogy, the acclaimed War for the Planet of the Apes, is set to hit Blu-ray, 4K Ultra HD and DVD on October 24th in North America and November 27th in the UK, and Fox Home Entertainment has today announced details of the special […]

Despite stellar reviews and word of mouth, 20th Century Fox’s War for the Planet of the Apes failed to set the box office alight when it opened earlier this summer, falling short of the first two instalments of the rebooted trilogy at both the domestic and international box office. However, the film has now made […] 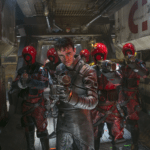 Welcome to this edition of Pop Cult Corner, the place that gives insights into the news of the week, makes outlandish predictions and above all, probably has too many opinions. This week, two news stories stood out to me. One of them is of course the most obvious, as it has dominated headlines and conversations […] 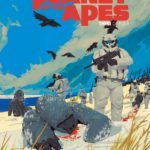 HELLO THERE After being rumoured for what feels like a decade, it was reported yesterday by The Hollywood Reporter that Disney and Lucasfilm are in talks with Stephen Daldry (Billy Elliot) about helming a spin-off movie for Obi-Wan Kenobi. The site reports that talks are at the earliest of stages, and there is currently no script […]

Anghus Houvouras on War for the Planet of the Apes… There are some things that defy explanation. Like how the Great Pyramids of Giza were built, what happened to the settlers at Roanoke, or why people watch The Big Bang Theory. Sometimes there are no answers. The question of why a movie succeeds or fails […]

War for the Planet of the Apes has landed a September China release date. The latest Apes movie has gone down well with fans and critics alike, and has managed to bring in $313.9 million from the territories it has so far been released in. Of course, China is a huge market in today’s movie […] 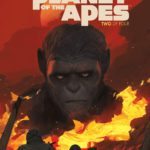