During the San Diego Comic-Con it was announced that Teen Wolf actress Crystal Reed has joined the cast of Gotham for its fourth season, and now thanks to Entertainment Weekly we’ve got our first look at Reed as Sofia Falcone along with her father Carmine Falcone (John Doman) and Jim Gordon (Ben McKenzie). 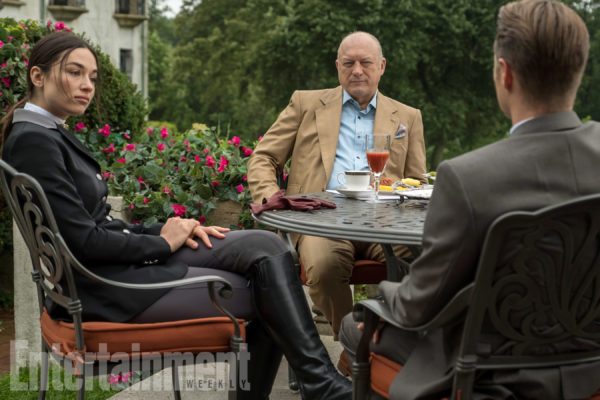 Meawhile, speaking with the outlet, executive producer John Stephens discussed Gordon’s career progression in the new season, and his relationship with Sofia: “We’re going to see Jim make, in some ways, big steps toward I guess what you would call the commissionership. But also we’re going to see Jim, in his quest to save the city, cross different ethical lines than he ever did before. It’s going to bring him to an ethical nadir that we haven’t seen him at, and it’s going to be told through the context of a relationship that he has with Sofia Falcone, the daughter of Don Falcone, who’s played by Crystal Reed this year. And that’s going to be a really compelling and interesting relationship.”