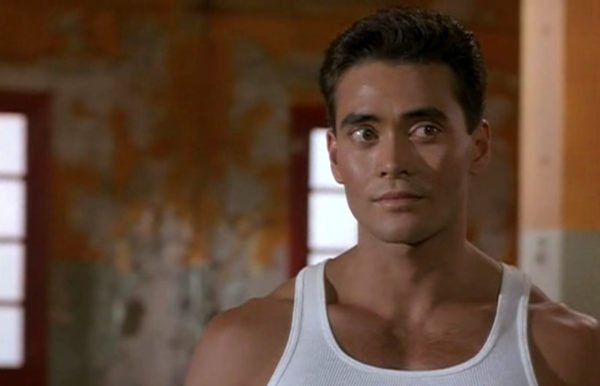 Two John Wicks in and the Keanu Reeves fronted action franchise is firmly established as one of the best in recent years. The first film was great. The second was even better. In fact the second film, which I re-watched recently for the first time since seeing it on the big screen, is a visually resplendent hyper-kinetic assault to the senses with the ageless Keanu kicking all kinds of ass.

In the first film Reeves, among many others, has a pretty savage fight against B movie legend (and occasional stunt guy) Daniel Bernhardt. In the second he has a couple of scraps, the first of which (in Rome) is possibly the most relentlessly savage mano-a-mano since They Live, with Common. Among the many short swift brawls, and gun-fu sequences, I’d like to think the third instalment will include a few stand out, lengthy one on one battles.

The cast for the third (and possibly final) instalment is shaping up nicely. Added to the returnees are Halle Berry, Anjelica Huston, and Jason Mantzoukas among others. All very exciting, but there’s another addition that particularly excites me. As an action aficionado for the last 30 or so years, I’ve watched an array from the biggest budget spectaculars and classics like Die Hard, down to the bottom shelf video specials starring guys like Olivier Gruner and indeed, Mark Dacascos. If you know of Dacascos as a mainstream artist you’re more than likely to be thinking of his villainous TV turn in Hawaii Five-O or hosting Iron Chef America. You’re less likely to know him as Toby Wong in Drive (that’s the late 90’s Martial Arts extravaganza and not the Ryan Gosling broodfest), Mani in Brotherhood of The Wolf or the Crying Freeman. 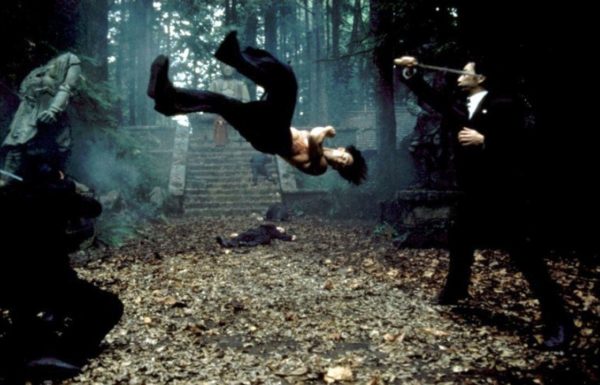 For whatever reason, Dacascos never struck it big on the silver screen. He had (still has) masses of physical talent. All the aforementioned Dacascos films I’d highly recommend. The way he moves on camera is balletic and graceful. There’s a scene in Freeman where he pulls himself up a door and stands on top of it before somersaulting off the top  after an unsuspecting Yakuza assassin walks through the door frame unaware that the opened door has a perched Freeman awaiting above. The film is visually gorgeous, packed with stylish action and has an absolutely amazing synth soundtrack but few people outside of Europe have seen the film. It’s 24 years old but still hasn’t been officially released in the US.

It’s not just the physical prowess though. Dacascos always had a vulnerability and engaging personality in his finer works. He’s not the gruff tough guy kind of action hero. In part this is what has seen him unable to step up to a level attained by Van Damme say, or more recently even someone like Scott Adkins. Christophe Gans as a director (Crying Freeman, Brotherhood Of The Wolf) understood perfectly, just how to utilise Dacascos, as a sensitive almost intriguingly soulful hero, able to switch to being a lethal fighter. The worldwide success of the genre melding Brotherhood Of The Wolf did lead to Dacascos getting cast as the villain opposite Jet Li in Cradle 2 The Grave, but that kind of villain didn’t suit him (and the film was crap). Nor did it suit him in Code Name: The Cleaner opposite Cedric The Entertainer (also crap). Every time he’s had a launching pad, it’s just not quite happened for him. Going back even further he starred in one of the earliest video game film adaptations, Double Dragon. Like the majority of them, it was awful but the film tanked. Even in the straight to video landscape there’s a kind of scale, topping off at the Bruce Willis level of budget, working down through Van Damme and Lundgren and then right down to the bottom, and this is where he’s finding himself. Which is a bit of a travesty given his talents. Most of his recent films appear to have been shot for pennies. 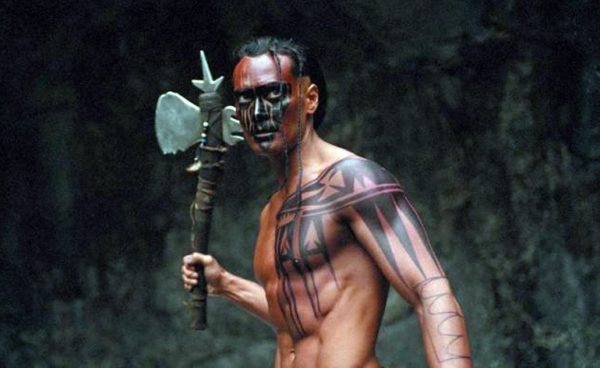 Dacascos has always looked interesting. His father (Al Dacascos) is a mix of Filipino, Spanish and Chinese, whilst his mother (Moriko McVey) a mix of Japanese and Irish. There’s a certain indefinable quality that works for some in Hollywood (Vin Diesel, Dwayne Johnson) but puts studios off in others seemingly (the case for Dacascos). This undoubtedly worked against him. Not ‘white’ enough to play an all American hero, and not ‘Asian’ enough to play those roles set aside for Asian-American actors in the 90’s (which is to say, predominantly villains). Hollywood hasn’t changed much either, though progress is undoubtedly being made. There’s no real camp that Dacascos can firmly be put in and Hollywood likes the clearly definable. Dacascos may have defied the aging process just the same as Keanu Reeves, but it’s now probably too late for him to have another shot. That said, it may just get him a few higher level films in the straight to video realm.

However, what is fantastic to see is that he has been cast in John Wick:Chapter 3. If it’s a final big screen swansong it’s a great film to bow out with. In an impressive cast list, screen time will undoubtedly come at a premium but if he gets ample time to shine, he’ll certainly take it. The potential brilliance of a Reeves and Dacascos is mouth-watering.

For the uninitiated, my Dacascos recommendations would be Drive (a blisteringly paced action comedy which is effortlessly entertaining, and the directors cut is the edition to get if you can find it), Crying Freeman, Brotherhood Of The Wolf, Only The Strong, Boogie Boy (produced by Roger Avery and heavily Tarantino inspired) and Sabotage (a sleek B action thriller elevated by a great cast including Graham Greene, John Neville, Tony Todd and Carrie Ann-Moss). Some of course will be easier to find than others of course but get hunting. YouTube is a useful resource for free films, as many of his back catalogue find themselves out of ownership, meaning they seem to bypass copyright rule. Streaming is probably the best resource with Amazon a good destination.