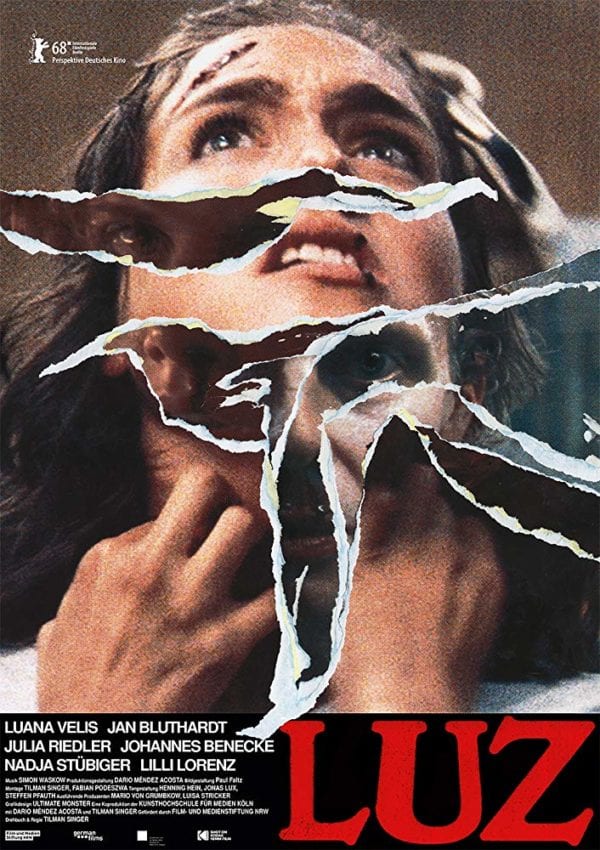 Luz, a young cabdriver, drags herself into the brightly lit entrance of a run-down police station. A demonic entity follows her, determined to finally be close to the woman it loves.

For the most part, Luz takes place in a single location, but it’s easy to forget this fact because of the dexterity with which writer/director Tilman Singer and cinematographer Paul Faltz continue to alter the surroundings as events pinwheel out of control. Faltz shot the film in 16mm, a stylistic choice that matches both the demonic possession storyline as well as the trancey score by Simon Waskow.

At its heart, Luz is the story of a young medium, of the same name, summoning an unknown, demonic evil into the world, which then chases her across continents and through many bodies, possessing and people and then discarding them like shirts as it works its way towards her. While the core plot appears simple, Singer unspools his story in clever, unique, and elliptical ways. The editing spirals around the central story at the police station, offering answers before we know the questions. The experience of watching is not entirely pleasant, or readily comprehensible, but Luz engrossed me. I woke up the next morning with plenty of questions and interpretations pinging around my head. As a horror film, it’s not immediately scary, it elicits dread with a surreal, omnipresent evil that never becomes unwrapped, understood, or named.

Certain refrains (lines of dialogue, images, and sounds) recur throughout. For instance, Luz’s juvenile, profanity-laced, prayer becomes a constant refrain. It’s a testament to the film’s ability to arrest interest without explicating that these repetitions don’t wear thin. It also doesn’t hurt that Luz runs a sleek 70 minutes. 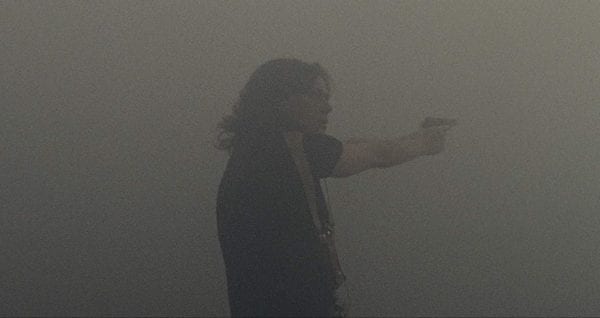 Waskow’s synth-heavy score both lulls and shocks. While throwback synth scores (from It Follows to Stranger Things) have become easy to find, Waskow manages to differentiate his work from the pack. The opening features loud, percussive hits that accentuate the titles and jar the audience into the first scene where Luz walks in a police station foyer and stands strangely still, regarding the man at the front desk. From there, the narrative jumps to a bar where a childhood friend of Luz approaches a psychiatrist and engages him in a puzzling exchange; only later do we realize that the psychiatrist is slated to put Luz under hypnosis at the police station in order to jog her recall. Eventually, the frayed elements solidify into an intense, limited-storytelling exercise where Luz is pitted against a force of seemingly intractable evil.

With a parade of retro-horror hitting streaming and the festival circuit, Luz might seem like another entry in a deluge. But it ultimately feels more specific and defined than others in this sub-genre thanks to standout set-pieces and on point editing, coupled with a committed cast and smart camerawork. It’s not a “love it or hate it” movie, it’s a “hate it and then (maybe) love it” movie.