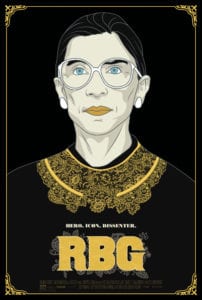 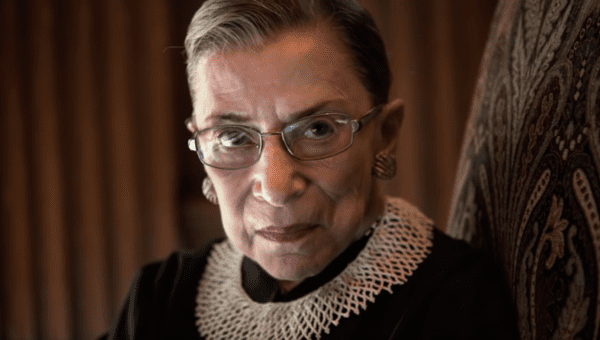 In the current climate of intense political turmoil, there’s something undeniably refreshing, even heart-warming about a figure like Justice Ruth Bader Ginsburg. At age 85, she continues to be an ardent crusader for the rights of women and minorities in particular, and as powerfully conveyed through this admittedly hagiographic documentary, has quietly clawed her way to the top of the legal profession against a sexist system fundamentally set up to deny her.

As someone with limited knowledge of Ginsburg – or as she’s dubbed by young folk nowadays, “The Notorious R.B.G.” – prior to screening Betsy West and Julie Cohen’s film, I was immediately struck by her quiet reserve here.

Counter to the expectation that a patriarchy-smashing trailblazer of her kind would need to scream loudly at bigotry from every mountain, she was instead reputed for putting her fierce intelligence and resolute temperament to impeccable use, winning minds if not also hearts with the persuasive power of her words.

What makes RBG an especially egalitarian heroic figure, of course, is the fact that she not only argued gender discrimination cases for women, but men also, effectively strengthening her own quest for female equality in the process against a system chiefly operated and controlled by wealthy, older white men.

The conviction with which Ginsburg is shown to speak throughout the film not only allowed her to win over the Old Boys’ Club, but has made her a widely respected figure across the political spectrum, even striking up a most inexplicable friendship with late hyper-conservative Justice Antonin Scalia. 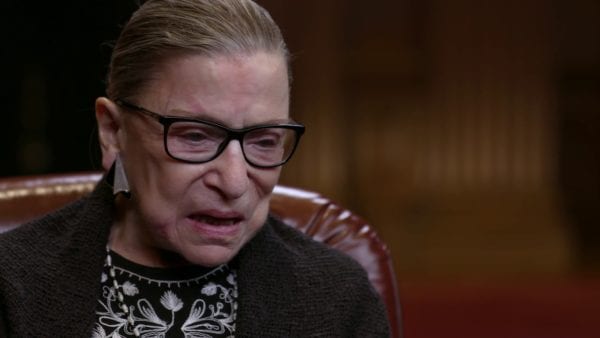 And in a time where the U.S. Commander in Chief is a literal pussy-grabber, it’s inspiring that someone well past the typical retirement age not only continues to fight the good fight, but started doing it decades ago when Trump’s conduct likely seemed comparatively convivial.

It isn’t always easy for younger people to accept the prospect of octogenarians being this open-minded and accepting, yet it’s just another aspect of Ginsburg’s life where she merits admiration, smashing the stereotype that older cogs in the legal machine tend to be out-of-touch and just running out the clock.

But between her incredible life’s work and near-sleepless nights burning the midnight oil, Ginsburg is a human being after all, and the doc poignantly lends her shade by outlining her 56-year marriage to her late husband Martin. If Ginsburg’s serious, focused professional demeanour would seem to imply a severity and lack of warmth, that actually seems to be anything but the case, as evidenced by archive footage of herself and Martin, not to mention her evidently tack-sharp wit in the contemporary interview footage.

Though West and Cohen’s documentary offers up a fairly workmanlike talking heads format, with a focal subject this captivating, dispensing with the stylistic sizzle was probably for the best. Undeniably a hero’s portrait yet a comforting one in these trying political times, RBG offers up a snappy, comprehensive precis of Ginsburg’s fascinating life and career.