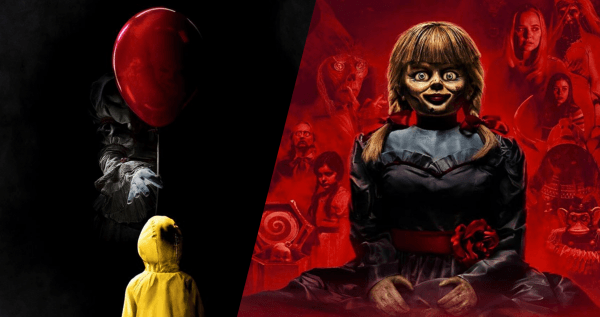 How did you end up attached to direct Annabelle Comes Home?

It was through the support of James Wan and New Line. We all knew we wanted to do a third movie and while we working on the idea and discussing filmmakers, they look at me and said: Why not you? I saw it as an opportunity to really try and apply the lessons I’ve learned from James and other filmmakers over the years, so it wasn’t as if I had to go home and think about it. I said yes pretty much immediately.

This was your directorial debut, after quite a prolific career as a screenwriter. How did your writing career inform your directing, do you think?

I think my writing career informed my directing because over the years, I’ve been fortunate enough to work alongside very talented filmmakers. Each had their own aesthetics and process, so I was able to pick elements that worked for me from each and adopt it as my own. It was the same process I had when I started out writing – I’d steal from King, I’d steal from Gaiman, Vonnegut, whoever. And eventually all the elements you took from those you admire wind up becoming your ‘voice’. Feels like that’s how it is with directing, although obviously I am not as far along with the process as I am with writing…

You described Annabelle: Creation (2017) as a ‘faith-based film’. Would you say the same of Annabelle Comes Home?

I think the power of belief, the power of faith, shines through in Annabelle Comes Home. It’s the lack of — or the uncertainty of it — that really kicks off our story when Daniela goes into the artifact room, poking the bears to see if they stir. And ultimately, it’s the faith in God that dispels the demon at the end when Judy picks up the crucifix and banishes ‘em all back to Hell, just like her Dad has done in the past. 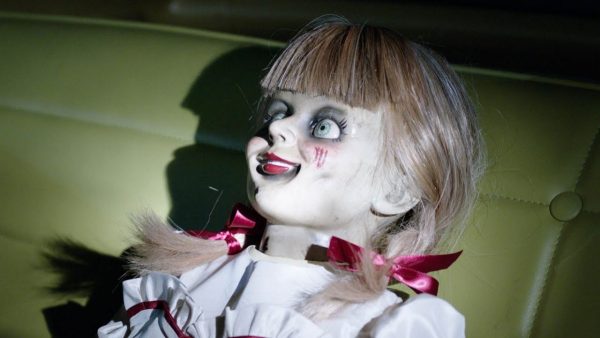 Taking that further, do you think it’s fair to say all horror movies are, on some level, faith based?

No, not at all. Nor should they be. Unless you wanna say I have faith that Jason is going to kill that camper in spectacular fashion two reels from now…

When you’re adapting the work of, for example, Stephen King, who’s agnostic, or Alan Moore, who has his own… idiosyncratic spirituality, how do you think your own faith gives you a new perspective on the source material?

I don’t know, frankly. I’m not sure it does. I’m not trying to infuse the work with anything other than what’s needed to make it a compelling movie or show. When I’m adapting someone like Stephen King, the faith I have there is in the source material. In the story, in the characters, in the world… These stories have such long lives because they resonant with people and I want to try and capture whatever that magic is so the movie can have a long life too. That isn’t to say you can’t make departures from the source material because I think that’s necessary too. But it needs to be rooted there.

On another note, I’ve got some slightly more technical, writer-y questions. As a screenwriter, you’ve adapted quite a few of Stephen King’s books. What do you think separates horror written as prose from horror written for screenplays?

I’ve never written a novel — a couple a of bad short stories, maybe — so I’d be interested in hearing this answer from someone who has done both. But to me, I find writing screenplays challenging because it’s harder to get into the psychology of the character — that inner monologue — why is it that this character is scared of going into this particular house? In prose, one could spend pages — chapters — maybe even a whole book — diving into that… In screenplay, it’s all about economy.

I also think prose allows for more freedom to explore the lives and fears of the more minor characters whereas in movies those are usually the first characters to die by the delete key. If you look at IT, there is such a rich history to many of the more minor characters that I wish we could have explored but the screenplay kept demanding we pull focus back on our core group… So, some of the scenes I would have liked to include had to be cut out. It’s a straighter path in screenplays. Sometimes that’s an advantage and helps the story momentum but other times I see it as a detriment… 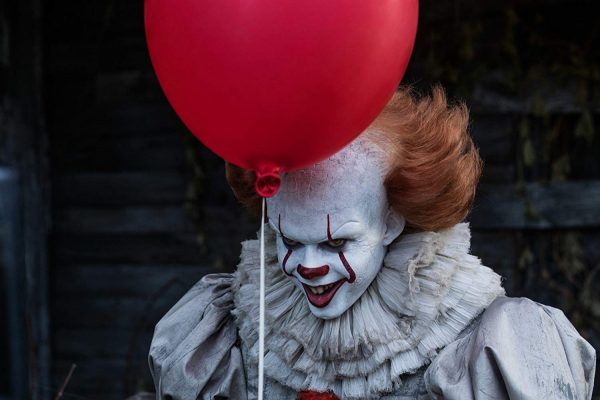 What horror movies – or books, or television – have you been enjoying recently?

One of the cons of the job — and admittedly, there aren’t many — but one big one is that I don’t get to see or read as much horror as I used to because whenever I sit down to read or watch something my inner monologue is saying “You should be working… you should be working… you should be working…” But of the things I’ve seen this year so far, I really dug Marianne, Crawl, Brightburn and Scary Stories to Tell in the Dark…  But again, there is a lot I still need to see. I really dug reading The Fisherman by John Langan and The Institute by Stephen King. I’ve been re-reading a lot of stuff that used to scare me as a kid too.

How do you feel when people talk about ‘elevated horror’?

I pretend like I know what they’re talking about.  Or maybe more apt, I think it’s a term people who don’t like horror movies use to justify them liking a horror movie. But truthfully, this answer is as much thought as I’ve given on the subject.

Finally, then, just to wrap everything up – what’s the most important thing you’d like someone to take away from your work?

Gary Dauberman, thank you very much!