The late Robert Forster made a surprise cameo in the premiere of Better Call Saul Season 5 this week and the show’s co-creator has discussed the scene. 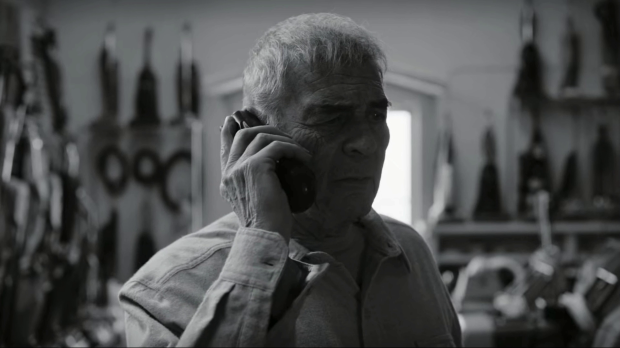 Actor Robert Forster (of Jackie Brown and Breaking Bad fame) has recently passed away and he has just made a cameo appearance in Better Call Saul, returning as Ed – the man who helps people disappear under the guise of a vacuum repair company.

The character famously helps Walt and Jimmy escape Albuquerque in Breaking Bad but in Better Call Saul‘s premiere, Jimmy (going by Gene) calls upon his services once more.

The show’s co-creator and executive producer Peter Gould has discussed the scene with EW: “That was actually shot on one of the days that they were shooting him in El Camino. And at the time I thought, ‘This is just great, efficient producing.’ It was fun to have that half of the phone call done. But now looking back on it, it’s so much more meaningful to have one last look at Robert in our world. We had the screening of the premiere episode, and there were nine members of his family who came, and it was just so wonderful to see them. And, you know, we miss him. I think if Vince and I had had our way, we would’ve done a lot more together. It’s a very special thing to have him on the show. And, of course, it’s completely organic because we had no idea it was going to be our last chance.”

Did you enjoy this cameo appearance? Let us know in the comments below and on social media @flickeringmyth…