Sideshow and Kotobukiya have unveiled the 1:7 scale Bishoujo series Leatherface statue which is inspired by the iconic character from the classic horror The Texas Chain Saw Massacre. It is available to pre-order now, priced at $130, and joins a growing list of horror icons to be reimagined for the line alongside the likes of Michael Myers, Freddy Krueger, Edward Scissorhands, Pennywise and Beetlejuice… 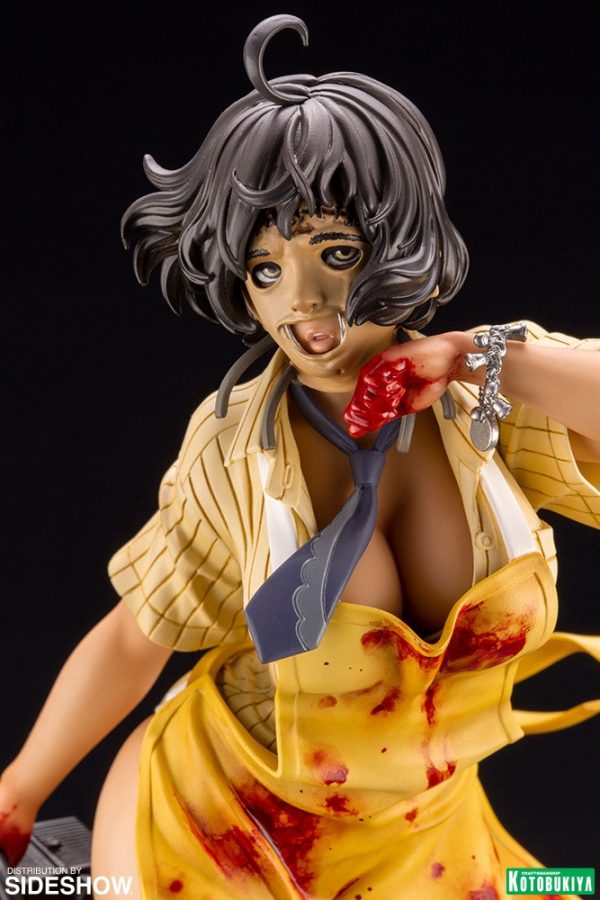 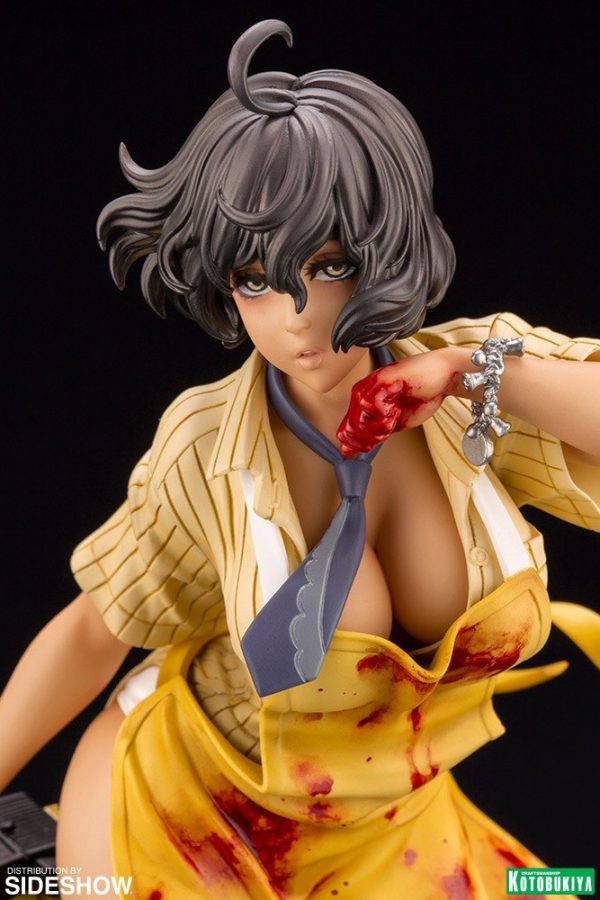 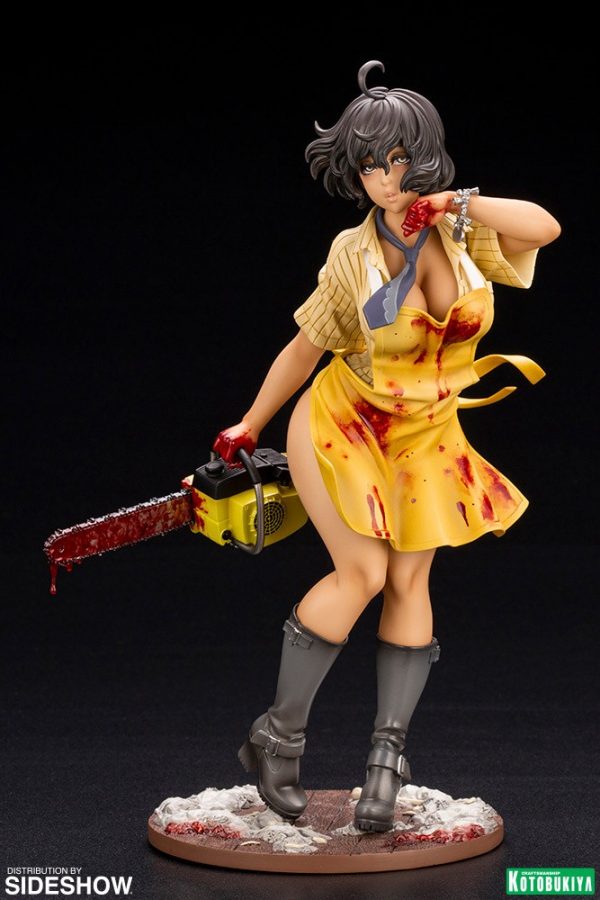 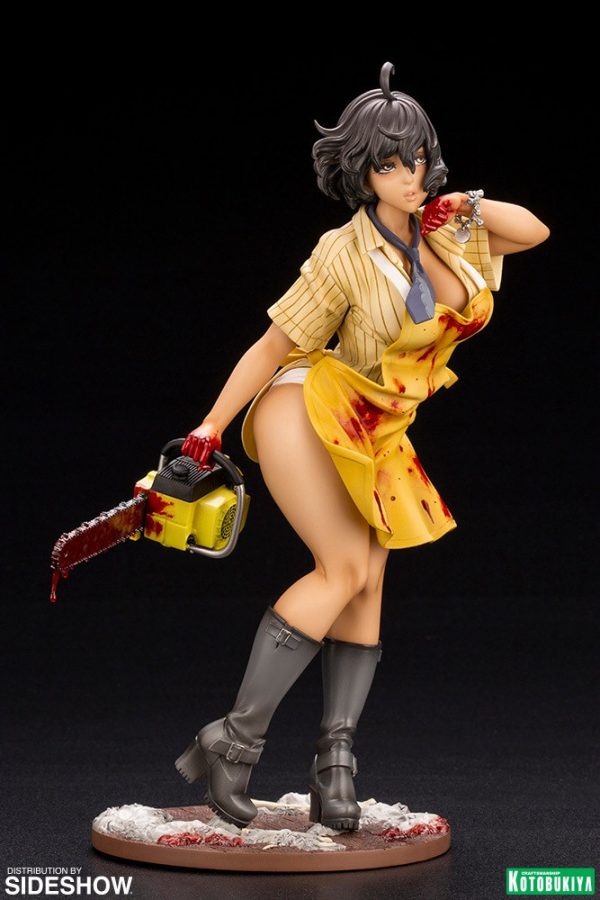 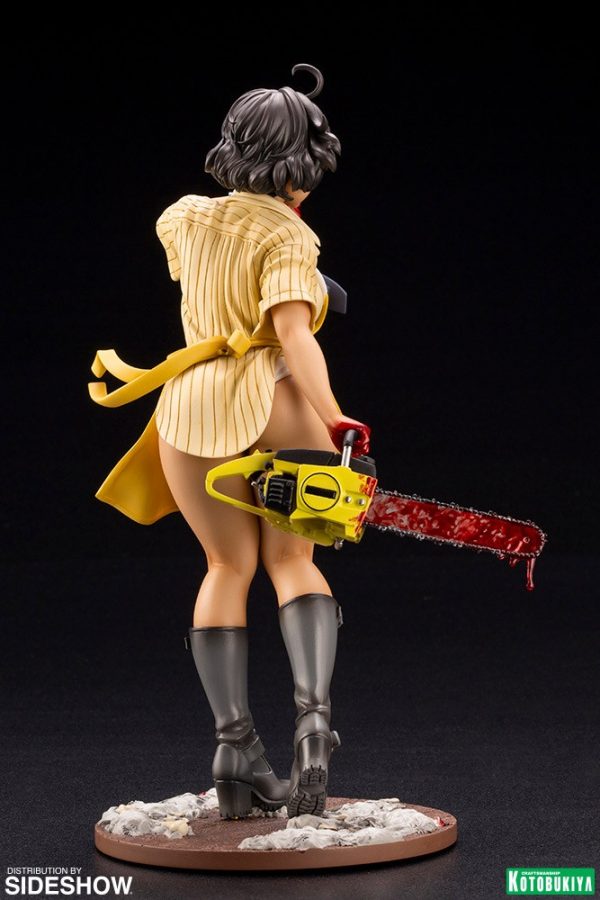 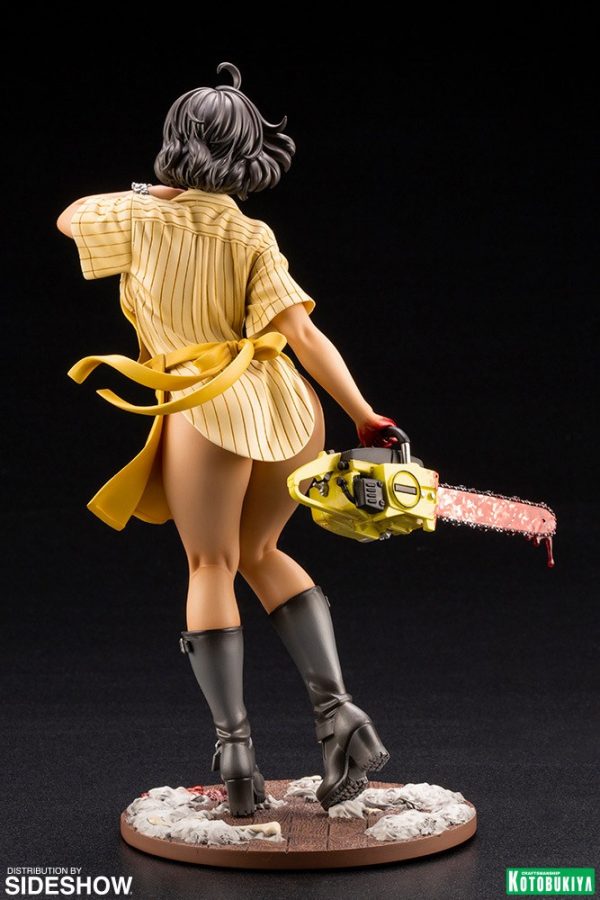 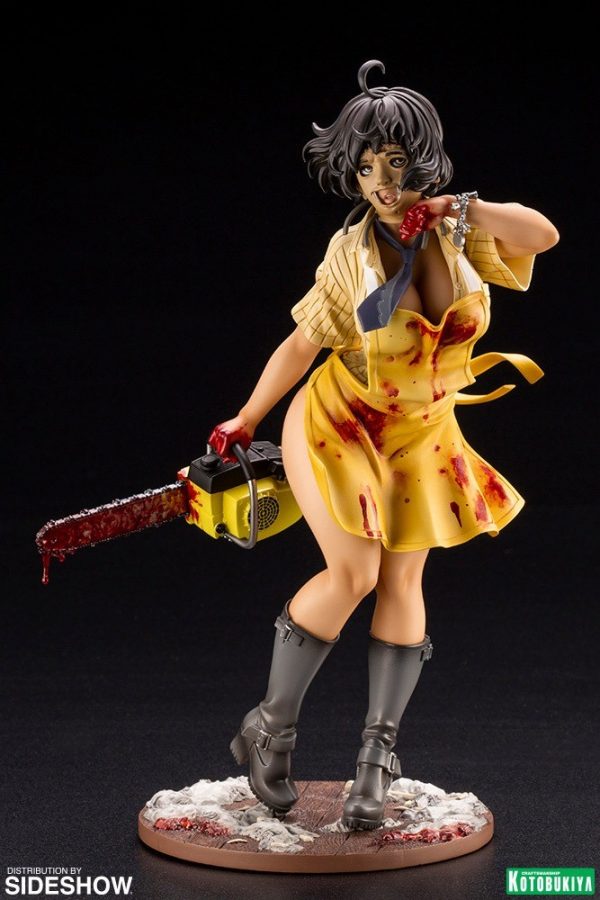 The blood splatters on the yellow apron have been painted with a glossy paint in order to reproduce the look of blood. The original bloody chainsaw designーa symbolic weapon in The Texas Chainsaw Massacreーwas perfectly turned into 3D data and was then adjusted to the size of the BISHOUJO statue in order to retain the authenticity.

The base has been designed in a diorama-style with dust, feathers, and a scattering of bones and teeth which add to the eerie atmosphere of the Sawyer home. A human skin masked face part is also included, allowing you to recreate Leatherface as close to the original form as possible.