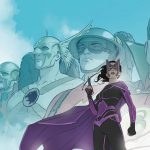 Get ready for the New Golden Age as DC Comics launches Justice Society of America #1; check out the official preview below ahead of the issue’s release on Tuesday… A long-lost hero from the JSA crashes into our era with a grave warning…but it’s too late. A mysterious and malevolent enemy has invaded the entire […] 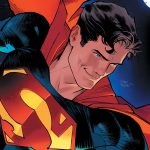 Big Blue is back, and DC Comics is marking the occasion with the release of Superman: Kal-El Returns Special #1; check out the official preview here… Kal-El has returned from his long sojourn to Warworld, but what ramifications does this hold for the broader DC Universe In this special issue, we’ll spotlight Kal-El’s reunion with […] 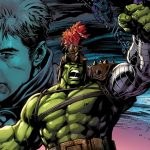 Marvel Comics releases Planet Hulk: Worldbreaker #1 next week, and you can check out the official preview below… A thousand years from now on the planet Sakaar, a young woman with green skin searches for the legendary Green Scar to help save her brother from a group of apocalyptic cultists. But which Hulk will she […] Get ready for some merry misadventures in the DC Universe next week with the official preview of the 80-page one-shot DC’s Grifter Got Run Over by a Reindeer #1; check it out below… RUDOLPH THE RED-NOSED DOG / LAST CHRISTMAS / EIGHT CRAZY NIGHTS / HOME FOR THE HOLIDAYS / NOT-SO-SILENT NIGHT / MEMORIES AND […] 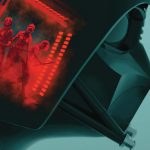 Marvel Comics releases Star Wars: Darth Vader #29 next week, and we have the official preview of the issue for you below… Techno (re)union! Three decades ago, Anakin Skywalker slaughtered Wat Tambor, leader of the Techno Union, along with the rest of the Separatist leaders by the command of the Emperor. So who is the […] 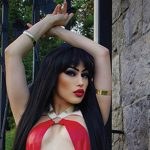 Dynamite Entertainment releases Vampirella Strikes #7 this Wednesday, and we have the official preview of the issue for you below… VAMPIRELLA HAS INFILTRATED THE CHAOS CULT, ONLY TO FACE THE DEADLY QUEEN OF HEARTS! It has been fifteen years since the death of Mistress Nyx and the world in slowly recovering, but this isn’t a […] 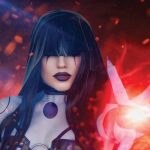 Dynamite Entertainment releases Lady Hel #3 this week, and you can check out the official preview of the issue below… After her confrontation with Lady Demon, Hel has a clearer picture of how she lost control of the underworld, and realizes the only way to regain her power is to return to her realm in […] 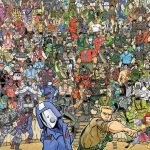 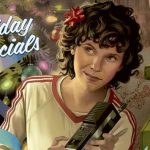 We’re looking at quite the wait before we return to Hawkins for the final season of Stranger Things, but Dark Horse Comics has something to help fill in the time as it collects its Stranger Things Halloween, Winter and Summer Specials into one volume; check out the official preview below… Get the first three Stranger […] 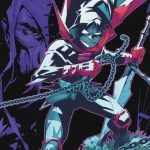 DC Comics releases Dark Crisis: The Dark Army #1 this Tuesday, and we’ve got the official preview for you below… As Pariah’s Dark Army continues its march around the globe, Damian Wayne thinks he’s got an answer as to why Pariah is able to control the most dangerous cosmic villains of the Multiverse-and he’s taking […]