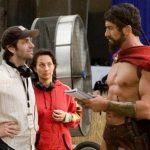 In what would’ve been his return to the world of 300, Zack Snyder recently opened up about his planned third film. In a recent interview with The Playlist’s The Fourth Wall podcast, the filmmaker said he had a deal with Warner Bros to make a final chapter film for his 300 franchise but the studio […]