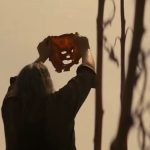 After sharing a couple of first look images during the week, Netflix has now unveiled the first teaser trailer for the upcoming horror sequel Texas Chainsaw Massacre. Directed by David Blue Garcia, the film sees Leatherface returning for another murderous rampage almost 50 years after the events of Tobe Hooper’s original horror classic when a […] 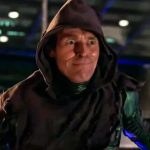 It was certainly a busy day for Sony at yesterday’s CCXP Worlds virtual convention. Not only did the studio unveil an extended clip from Morbius featuring Jared Leto’s transformation into the Living Vampire, but we also got a first look trailer for the Spider-Man: Into the Spider-Verse follow-up Spider-Man: Across the Spider-Verse (Part One) along […] 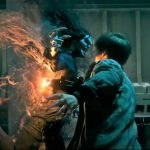 As part of yesterday’s virtual Comic Con Experience event CCXP Worlds, Sony Pictures unveiled the first clip from its upcoming Marvel movie Morbius, which gives us a look at Dr. Michael Morbius’ (Jared Leto) transformation into the Living Vampire; check it out below, along with a new poster for the film… SEE ALSO: Spider-Man: Across […] 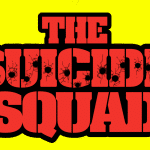 James Gunn was on hand at this weekend’s CCXP Worlds, hosting a virtual panel for next year’s DC supervillain adventure The Suicide Squad, during which we got a look at some new character images and concept art featuring the likes of Bloodsport (Idris Elba), Peacemaker (John Cena), Ratcatcher (Daniela Melchior), T.D.K. (Nathan Fillion), Javelin (Flula […] 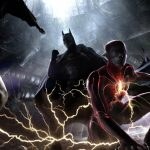 With The Flash movie scheduled to begin filming in early 2021, director Andy Muschietti has provided a small update on the direction of the Ezra Miller-starring DC movie. In a brief video that aired during Warner Bros.’ presentation at this year’s virtual CCXP convention, Muschietti teased that the film will go places “where the DC Universe hasn’t […] 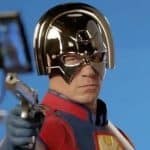 The Suicide Squad star John Cena, who is set to play Peacemaker, has teased the violent and gruesome approach that the James Gunn-directed sequel is taking. During a roundtable panel featuring director James Gunn, Alice Braga, Daniela Melchoir, Idris Elba, and others as part of the CCXP event, Cena teased that the film is “quite graphic.” […] 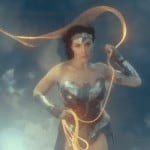 With Wonder Woman 1984 set to start rolling out internationally in a little over a week (and the film garnering plenty of praise from the first online reactions), Warner Bros. shared a new trailer for Patty Jenkins’ DCEU sequel at Brazil’s virtual Comic-Con Experience CCXP Worlds yesterday, and we have it for you here… SEE […] 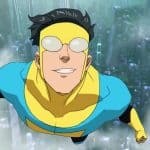 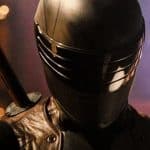 During yesterday’s CCXP Worlds – the virtual edition of Brazil’s annual Comic-Con Experience – Snake Eyes: G.I. Joe Origins star Henry Golding and legendary G.I. Joe comic book writer Larry Hama were on hand to discuss what fans can expect from the upcoming spinoff movie, and how it will differ from the previous big screen […] 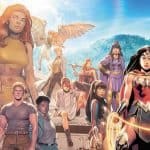 As audiences prepare for the release of Wonder Woman 1984 both in theatres and on HBO Max, DC Comics has announced a new creative team to lead the Wonder Woman comics beginning in March 2021. At Brazil’s CCXP Worlds, DC revealed that Becky Cloonan and Michael W. Conrad will write the series with Travis Moore as the […]