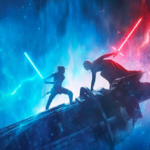 After showing off some brand new footage from Star Wars: The Rise of Skywalker at Disney’s D23 Expo this past Saturday, Lucasfilm has now officially unveiled the special look sizzle reel, which takes us through the entire Skywalker Saga to date before offering up a rather exciting look at December’s final chapter; check it out […] 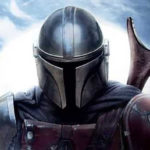 This past weekend saw the release of the official trailer for Disney and Lucasfilm’s first live-action Star Wars series The Mandalorian at the D23 Expo in Anaheim, California, and following the panel star Pedro Pascal, director Taika Waititi, executive producers Jon Favreau and Lucasfilm chief Kathleen Kennedy hit the press room to discuss this newest […] 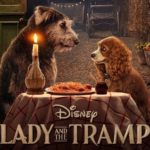 In the August edition of The Flickering Myth Movie Show, as well as playing the blame game with Fantastic Four and discussing all the announcements from D23 (Toy Story 108 looks great!), we also ran a little share competition. Not ‘share’ as in ‘shares in a company’. That’s too volatile a prize. Instead, we mean […]

With Lucasfilm’s big D23 presentation in full swing, it’s been revealed that Gareth Edwards’ anthology movie Rogue One has been retitled Rogue One: A Star Wars Story – and that’s not all, as we have an updated logo, as well as the first official image and details of the cast… Set to feature in the […]

As part of Disney’s D23 Expo yesterday, the studio showcased a number of its upcoming animated offerings, including the CG musical Moana, which is directed by John Musker and Ron Clements (The Little Mermaid, Aladdin, Treasure Planet, The Princess and the Frog) and will mark the 56th film in the Walt Disney Animation Studios canon. […]

Walt Disney Animation Studios has revealed that they will be making an animated Jack and the Beanstalk film titled Gigantic.  Gigantic, which was announced at Disney’s D23 Expo, will be a musical set in Spain during the Age of Exploration. Songwriters Kristen Anderson-Lopez and Robert Lopez, the Oscar-winning team behind Disney’s Frozen, are on board to […]

Colombian singer Shakira has joined the voice cast of Disney’s upcoming film Zootopia. Not only is she set to play a character named Gazelle, but she will also be singing an original song for the film entitled “Try Everything.” After the announcement was made at Disney’s D23 Expo, Disney Animation posted the following picture to Twitter… […]

Ahead of Lucasfilm’s big Star Wars: The Force Awakens panel, some images have surfaced via Reddit from the convention floor at Disney’s D23 in Anaheim, California which feature costumes for the hotly-anticipated film in Captain Phasma, First Order Stormtroopers, Rey and Finn, as well as BB-8… SEE ALSO: Leaked images of Star Wars: The Force […]