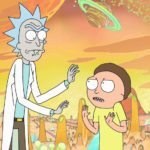 Last week it was reported that Adult Swim was yet to renew Justin Roiland and Dan Harmon’s hit animated series Rick and Morty for a fourth season, prompting some speculation about the show’s future, and whether in fact it might have one at all. Well, fans can breathe a little easier now, as Harmon has […] 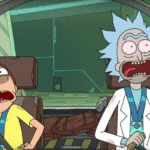 Back in January it was revealed that a fourth season of the hit animated series Rick and Morty is not expected until “late 2019”, and now co-creator Dan Harmon has taken to Twitter to clarify why the creative team are yet to start work on the new season – it hasn’t been ordered by Adult […]

Community managed to tick off the first part of its slogan “six seasons and a movie”, reaching its sixth season before coming to an end in 2015, and speaking to The Wrap, creator Dan Harmon has revealed that he still has plans for a feature film, and has been speaking to the Russo brothers (Avengers: […] 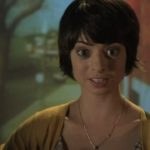 Adult Swim has released a trailer for the third series of Rick and Morty , as well as revealing that we are just a month away from the return of the animated comedy series, which has received an official premiere date of July 30th; take a at the new trailer here… SEE ALSO: Rick and Morty Season 3 […]

The Hollywood Reporter has revealed that Dan Harmon has contributed to the screenplay for Marvel’s upcoming Phase Three origin story Doctor Strange, with the Community co-creator brought in to provide some last minute rewrites on the superhero blockbuster. According to the site, Harmon came on board after post-production had wrapped, and contributed pages for “additional […]

After losing its home on NBC last year, it was feared by many that cult comedy show Community was dead. But after being saved by Yahoo, the show’s sixth season is all set to air this March. To announce the screening dates, Yahoo have gathered all of Greendale’s finest for a teaser trailer, which you […]