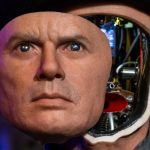 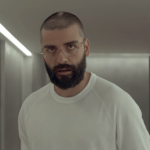 Having starred in Alex Garland’s 2014 sci-fi Ex Machina, Oscar Isaac has now signed on for a role in the upcoming adaptation of Brian K. Vaughan and Tony Harris’ Ex Machina comic book series, which is going by the title The Great Machine. The comic, which has no relation to Garland’s film, follows Mitchell Hundred, […] 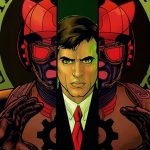 THR is reporting that Legendary Entertainment has snapped up the big screen rights to Ex Machina, the sci-fi comic book series from Brian K. Vaughan (Runaways, Y: The Last Man), and is in development on a feature film version under the title of The Great Machine. Launching in 2004 and running for 50 issues through […] 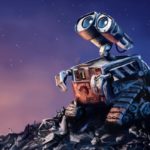 Tom Jolliffe on modern sci-fi, the technology around the corner and how it may destroy us… As far as Science Fiction goes, the film and TV shows that audiences have watched over the years have often featured some sense of foreboding. What happens if… This could be James Cameron’s Terminator which shows a world in […]

Villordsutch interviews Dave Rogers… Back in the 1980’s the British software boom erupted and with it emerged some seriously talented people, from coders and graphic artists to musicians; it’s amongst the latter that Dave Rogers stood out for many a gamer at the end of the 20th Century.  Mostly known – at the time – […]

Welcome robot overlords we hope you enjoy our offering: Pitch Please Episode 4. It’s a simple premise, together with our esteemed guest we pitch a movie on a theme following the traditional narrative form of setup, conflict and resolution. Then we hit up kickstarter raise a shed load of cash and use the funds to […]

With his new film Mojave set for release in the UK tomorrow (Friday March 25th), we take a look back at some of the work of the great Oscar Isaac, arguably the best working actor in Hollywood right now… Up until mega-blockbuster Star Wars: The Force Awakens you could very well be forgiven for asking, […]

In the first Flickering Myth Podcast episode of 2016, Oli counts down the Top 10 Movies of 2015 and Top 5 Most Anticipated Films of 2016 according to our writers’ polls. Also, Scott Davis exclusively talks to Quentin Tarantino about his new movie The Hateful Eight and “taking a last stand for cinema”. Listen to the podcast below […]