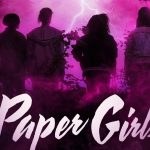 With less than a month to go until it premieres on Prime Video, a new trailer has been released to the upcoming sci-fi adventure series Paper Girls. Based on Brian K. Vaughan and Cliff Chiang’s comic book of the same name, the series follows four young girls as they find themselves transported from 1988 to […] 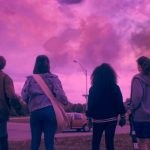 Prime Video has released the first trailer for Paper Girls, the upcoming sci-fi adventure series based on Brian K. Vaughan and Cliff Chiang’s comic book which follows four young friends who find their lives changed forever after they accidently get caught up in an intense war between time travellers and get transported from 1988 to […]