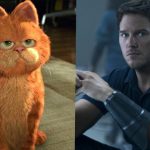 Sony Pictures have given Garfield a date on which he can crawl from his bed onto the big-screen with the studio setting a February 16th, 2024 release for Jim Davis’ iconic feline.  Starring animations new man of a thousand voices, Chris Pratt (he will also be Mario in an upcoming Super Mario Bros. film), as […] 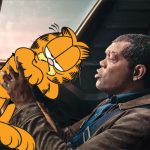 Samuel L. Jackson (Pulp Fiction) has signed on to star in Alcon Entertainment’s upcoming animated Garfield film alongside Chris Pratt (Guardians of the Galaxy) who will star as the titular cat. Jackson is set to play Garfield’s father, Vic, a brand-new character created for the film. While plot details are being kept under wraps, we […]

Per Variety, Chris Pratt has been cast as the voice of Garfield in Sony’s new animated adaptation from Alcon Entertainment. The currently untitled project will be directed by Mark Dindal (The Emperor’s New Groove, Chicken Little) from a script by David Reynolds (Finding Nemo), who collaborated with the director before on The Emperor’s New Groove. Although plot details are […] 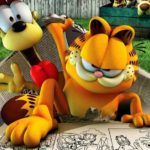 Variety is reporting that Viacom has entered into an agreement to acquire Paws, Inc., the rights holder of Jim Davis’ classic comic strip character Garfield, with plans to launch a new animated series on Nickelodeon. “I’m delighted that Garfield is going to be placed in the capable hands of the folks at Nick,” said Davis, […] 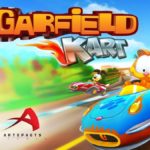 Publisher Microids and developer Artefacts Studios have announced Garfield Kart: Furious Racing for PlayStation 4, Xbox One, Nintendo Switch, and PC via Steam. Garfield Kart: Furious Racing features local split-screen races with up to four players and online multiplayer races with up to eight players. Additionally, Nintendo Switch players can connect locally via wireless connect with up […] 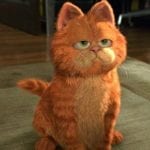 The beloved comic strip character Garfield is heading back to the big screen, with The Emperor’s New Groove and Chicken Little helmer Mark Dindal signing on to direct a CG-animated feature film for Alcon Entertainment. Jim Davis, creator of the lasagne-loving cantankerous cat, is set to serve as executive producer on the project, which was […] 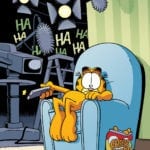 Ahead of its release next month, Boom! Studios has unveiled a first-look preview of Garfield: TV or Not TV? #1; check it out here… In “Comedy of Terrors,” the fan favorite Garfield: Homecoming team of writer Scott Nickel and Antonio Alfaro reunite for a frighteningly fun Halloween tale, as a creature reaches through the television and […] 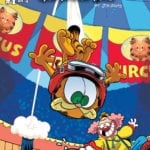 Boom! Studios and kaboom! launch their new Garfield miniseries Garfield: Homecoming this coming Wednesday, and you can take a look at a preview of the first issue here; check it out… The Fat Cat returns in this all-new four issue limited series, where Garfield explores what life’s like outside of the friendly confines of Jon’s […] 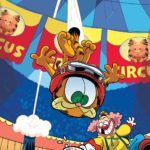 Boom! Studios and PAWS Inc have announced the new four-issue limited series Garfield: Homecoming, which is set to debut this summer. Check out a first look preview of the first issue here… Writer Scott Nickel (Garfield: His 9 Lives) will pair with a different artist in each issue of Garfield: Homecoming, as Sara Talmadge (Steven […] 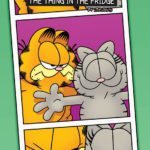 Garfield returns this coming Wednesday as Boom! Studios releases the original graphic novel Garfield: The Thing in the Fridge, and you can take a look at a preview here; check it out… Something’s in the kitchen with Garfield…and it’s serving up a scary surprise for the Fat Cat’s midnight snack! Garfield and Odie encounter thrills, chills, […]