Nausicaä of the Valley of the Wind, 1984. Written and Directed by Hayao Miyazaki. Featuring the voice talents of Alison Lohman, Uma Thurman, Patrick Stewart, Edward James Olmos,and  Shia LaBeouf. SYNOPSIS: GKids has secured the new home video distributor contract for Studio Ghibli films, and they’ve released a big batch of them on Blu-ray, with […] 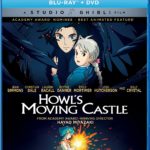 Howl’s Moving Castle, 2004. Written and Directed by Hayao Miyazaki. Featuring the voice talents of Jean Simmons, Christian Bale, Lauren Bacall, Blythe Danner, Emily Mortimer, Josh Hutcherson, and Billy Crystal. SYNOPSIS: Disney was the source of Hayao Miyazaki movies on home video for a while, but GKids has taken on that effort now, and they’ve […]

We’ve known for a while now that legendary animator Hayao Miyazaki is coming out of retirement to direct a new feature-length anime movie, with Studio Ghibli reopening its doors to work on the project. It had been thought that the new film would be a feature adaptation of Boro the Caterpillar, a CG-animated short he […] 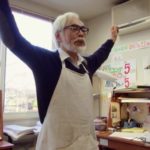 Earlier this year it was announced that Hayao Miyazaki is coming out of retirement (again) to work on a new feature film, with Studio Ghibli re-opening its doors to work on the project. Appearing on the NHK TV programme Nichiyobi Bijitsukan (Sunday Art Gallery) (via Kotaku), Miyazaki’s long-time producer Toshio Suzuki has revealed why the legendary animator […]

Since late last year, it’s been rumoured that legendary anime filmmaker Hayao Miyazaki would be coming out of retirement once again to direct a new feature film, and now comes word that the production department of Studio Ghibli has officially reopened in order to begin work on the project. Empire reports that Miyazaki assembled some […] 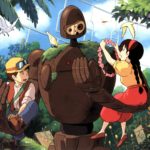 GKIDS and Fathom Events have announced that Studio Ghibli Fest will continue this month with the U.S. theatrical release of Hayao Miyazaki’s 1986 anime classic Castle in the Sky, which will screen on Sunday, August 27th (English dub) and Monday, August 28th (English subtitles). Castle In The Sky is a rollicking adventure about a young […]

Fathom Events has announced that Hayao Miyazaki’s 1979 feature debut Lupin III: The Castle of Cagliostro is coming to U.S. theaters for the first time ever this September, screening on Thursday, September 14th (English dub) and Tuesday, September 19th (Subtitled). Lupin III: The Castle of Cagliostro follows the great thief Arsène Lupin III, who successfully robs a […]

GKIDS and Fathom Events have announced that Hayao Miyazaki’s animated classic Kiki’s Delivery Service is set for a theatrical release in the U.S. on July 23rd (dubbed) and July 24th (subtitled) as part of Studio Ghibli Fest. The beloved coming-of-age story tells of a resourceful young witch who uses her broom to create a delivery […]

GKIDS and Fathom Events have announced that legendary director Hayao Miyazaki’s anime masterpiece My Neighbor Totoro is coming to U.S. theaters on June 25th and June 26th. Originally released in Japan in 1988, My Neighbor Totoro follows two young girls, Satsuki and Mei, who move with their father to a new house in the countryside. […]

Rounding up the big news stories from the weekend… KURT RUSSELL’S EGO We’ve seen him in toy form, but now ahead of Tuesday’s brand new trailer, we’ve had our first real look at Kurt Russell as Star-Lord’s father, Ego the Living Planet, as he’ll appear in Marvel’s Guardians of the Galaxy Vol. 2. He’s a […]