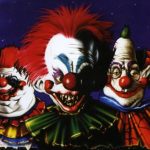 Marvelous Videos with twelve cult alien invasion movies… “Two possibilities exist: either we are alone in the Universe or we are not. Both are equally terrifying.” So wrote legendary sci-fi author Arthur C. Clarke, and it’s a sentiment you can’t help but agree with. If humans really are the only species in the cosmos, then […] 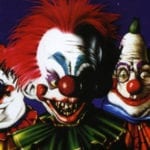 According to Bloody Disgusting, Syfy is in talks to acquire the rights to two cult comedy horrors from the 1980s in the Chiodo brothers’ Killer Klowns from Outer Space and Stephen Herek’s Critters. The site reports that Syfy is looking to make franchise reboots a part of its new business model, beginning with the upcoming Leprechaun […]

Earlier this year, the Chiodo Brothers revealed that he hoped to produce a TV series sequel to Killer Klowns from Outer Space, and now during an appearance on The Odd Podcast (via Dread Central), Steven Chiodo has been talking more about their plans to revisit the cult 1988 horror-comedy. “There’s nothing coming out that you could […]