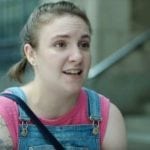 Producers Steven Spielberg and J.J. Abrams have enlisted Lena Dunham (Girls) to pen an adaptation of Melissa Fleming’s non-fiction book A Hope More Powerful Than the Sea, which is being developed as a feature by Paramount Pictures and Amblin Partners. The book tells the true story of Doaa Al Zamel, a Syrian refugee who fled […]

Quentin Tarantino has continued his quest to add every single actor in Hollywood to the cast of his new movie Once Upon a Time in Hollywood, with Deadline reporting that Lena Dunham (Girls), Maya Hawke (Stranger Things), Austin Butler (The Shannara Chronicles) and Lorenza Izzo (Knock, Knock) have become the latest additions to the cast […]

American Horror Story has just gained a new cast member. Ryan Murphy tweeted out that Lena Dunham, star and creator of HBO’s Girls, has been cast in the show’s seventh season. It is unknown in what capacity the role is, but Deadline is reporting it will be for just one episode. Dunham joins Sarah Paulson, Evan Peters, Billie […]

Back in February it was reported that Jack Nicholson is set to make his return to the big screen to star in a remake of the acclaimed 2016 German comedy Toni Erdmann, and now The Tracking Board is reporting that the project has found its writers in the Girls duo of Lena Dunham and Jenni […]

GKIDS has released the first poster and trailer for cartoonist and animator Dash Shaw’s My Entire High School Sinking into the Sea which features a voice cast that includes Jason Schwartzman, Lena Dunham, Reggie Watts, Maya Rudolph, and Susan Sarandon; take a look below… From acclaimed cartoonist Dash Shaw (New School) comes an audacious debut that […]

With just over two weeks to go before its US release, a new trailer has arrived online for director Fabienne Berthaud’s upcoming drama Sky, which stars Diane Kruger and Norman Reedus; take a look below after the official synopsis… Romy (Diane Kruger) is on holiday in the USA with her French husband, Richard (Gilles Lellouche). […]

A trailer has arrived online for director Fabienne Berthaud’s upcoming drama Sky, which stars Diane Kruger (The Bridge) and Norman Reedus (The Walking Dead); take a look below after the official synopsis… Romy (Diane Kruger) is on holiday in the USA with her French husband, Richard (Gilles Lellouche). But the journey quickly turns into a […]

Ahead of its return this February, HBO has released a trailer for the fifth season of Lena Dunham’s award-winning comedy drama Girls, which we have for you here… Girls season 5 is set to premiere on February 21st on HBO.

In an announcement that has sent parts of the internet into meltdown, the new season of The Simpsons is set for a dramatic shake-up with news that Homer and Marge are to “legally separate” in an upcoming episode. In an interview with Variety about the show’s 27th season, executive producer Al Jean has stated that in […]