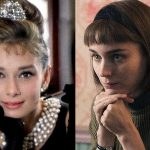 Apple continue to shoot for the stars when it comes to upcoming feature-film projects, and they come no bigger than Audrey Hepburn and the news that Call Me By Your Name director Luca Guadagnino is set to direct Rooney Mara in a biopic about the Breakfast at Tiffany’s icon. Per Deadline’s exclusive, the biopic will […] 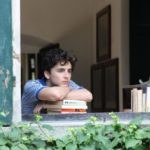 Anyone holding out hope for a sequel to 2017’s beloved Call Me By Your Name had better brace themselves for disappointment, because although director Luca Guadagnino admits that his “heart is still there”, it appears that there are no plans for him to move forward with a big-screen follow-up. Speaking from the set of his […] 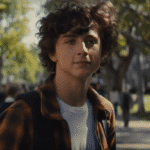 While Timothée Chalamet’s latest films The French Dispatch and Dune are stuck in a pandemic related holding pattern, it appears that he’s lining up a reunion with his Call Me By Your Name director Luca Guadagnino for his next project. According to Deadline, Guadagnino is adapting Bones & All, a coming-of-age horror-romance written by Camille […] 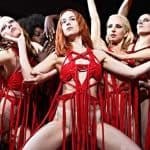 Although a sequel to director Luca Guadagnino’s 2018 remake of Dario Argento’s Suspiria is highly unlikely, the filmmaker has revealed the movie was originally intended to be a two-part story. In an interview with The Film Stage, Guadagnino offered some details on the sequel which would have included the story unfolding across multiple time zones and spaces. “I’ll […] 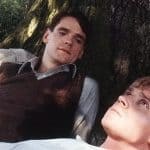 Deadline is reporting that Call Me By Your Name and Suspiria director Luca Guadagnino is set to write and direct a new miniseries adaptation of Evelyn Waugh’s classic novel Brideshead Revisited for the BBC. Exploring themes of aristocratic nostalgia, Catholicism, and homosexuality, Brideshead Revisited follows Captain Charles Ryder and his relationships with the Flytes, an aristocratic […] 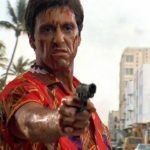 Luca Guadagnino, the Oscar-nominated director behind lush films like Call Me By Your Name, A Bigger Splash, and Suspiria, is currently attached to direct the Scarface remake and now, the filmmaker has discussed his plans to make the film R-rated. Speaking at the Venice Film Festival (via Collider), Guadagnino discussed what appealed to him about doing Scarface and […] 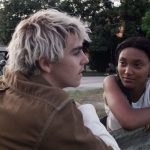 HBO has released a new trailer trailer for Luca Guadagnino’s (Call Me By Your Name) upcoming drama series We Are Who We Are ahead of its premiere this September. Watch the trailer below… The HBO Original series follows the story of two American kids who live on a U.S. military base in Italy and features […] 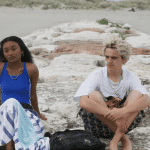 The first teaser trailer has debuted for Luca Guadagnino’s (Call Me By Your Name) upcoming coming-of-age drama We Are Who We Are. The HBO Original series follows the story of two American kids who live on a U.S. military base in Italy and features a cast that includes Chloë Sevigny, Jack Dylan Grazer, Alice Braga, […]

As reported in Variety, Universal is eyeing Call Me by Your Name‘s Luca Guadagnino to direct a retelling of Scarface for the studio. At the time of reporting, Joel Coen and Ethan Coen wrote the latest version of the script. Earlier drafts of this Scarface remake came from Gareth Dunnet-Alcocer, Jonathan Herman, and Paul Attanasio, […] 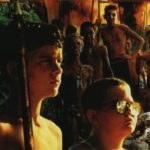 Last summer it was revealed that Call Me By Your Name and Suspiria director Luca Guadagnino is set to adapt the classic William Golding novel Lord of the Flies for Warner Bros., and now comes word that the project has found a screenwriter. As reported by THR, Warner Bros. has tapped Patrick Ness, the author […]