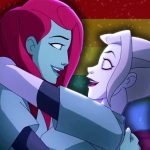 EJ and Allen mark Pride Month in the latest episode of Flickering Myth TV…. To finish out Pride Month, join EJ and Allen for a discussion on the impact LGBTQ characters have had on the comic book medium, as well as some of the most popular names. For the Harley and Poison Ivy fans out […] 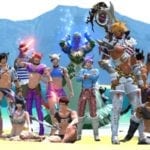 With the worlds celebration of Pride now in full swing, it’s only right to highlight the huge and growing LGBTQ+ community within the cyberworld.  The largest of these communities is called Gayorzea a spin on FFXIV’s virtual land Eorzea.  This free community brings together thousands of LGBTQ+ gamers with a love of Final Fantasy XIV, to a […]

Simon Columb with five films to watch now Jeremy Corbyn leads Labour… On Saturday, the successful campaign of Islington North MP, Jeremy Corbyn, marked one of the greatest political upsets for decades. While the Labour party elected an extreme left-winger to lead their ‘broad church’, the national newspapers are divided as they either assume the nail […]

Scott Davis looks at the big releases on Blu-ray and DVD this week from the UK… Nightcrawler One of 2014’s biggest surprises (and best films), Nightcrawler cemented Jake Gyllenhaal’s mini renaissance and cemented his place as one of Hollywood’s most gifted actors. Here, he stars as Lou Bloom, a “nightcrawler” who finds employment as a […]

This morning at BAFTA HQ in Piccadilly, the Nominations for this year’s BAFTAS were announced by Stephen Fry and The Hunger Games star Sam Clafin. No huge surprises in many of the nominations, as many of the big hitters throughout this year’s award season are present and correct, with The Grand Budapest Hotel receiving the […]

Earlier this week we brought you a list of the most Facebooked movies and TV shows of the year [see here], and now the IMDb has released a list of the top 50 highest-rated English-language movies of the year (with at least 5000 votes). Here they are, in descending order… 50. Veronica Mars (6.9) 49. […]