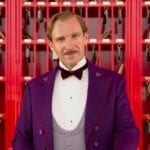 Simon Columb on whether critics should watch films twice… Initially, many were surprised at Inherent Vice’s lack of nominations during the awards season. Its directing pedigree of Paul Thomas Anderson, combined with an outstanding cast (Joaquin Phoenix, Josh Brolin, Owen Wilson, etc) seemed like it would be a shoe-in for the big-guns. Instead, not only […]

This morning at BAFTA HQ in Piccadilly, the Nominations for this year’s BAFTAS were announced by Stephen Fry and The Hunger Games star Sam Clafin. No huge surprises in many of the nominations, as many of the big hitters throughout this year’s award season are present and correct, with The Grand Budapest Hotel receiving the […]

Flickering Myth’s writing team present our top ten movies of 2014… As 2014 draws to a close, we’re already salivating over what’s in store for us in 2015, but before we get to the New Year it’s time to revist our favourite films from the past twelve months. As usual, our writers here at Flickering […]

Earlier this week we brought you a list of the most Facebooked movies and TV shows of the year [see here], and now the IMDb has released a list of the top 50 highest-rated English-language movies of the year (with at least 5000 votes). Here they are, in descending order… 50. Veronica Mars (6.9) 49. […]

As awards season continues to heat up, the Academy of Motion Picture Arts & Sciences has announced that seven films are on the shortlist for Best Makeup and Hairstyling at February’s 87th Academy Awards, which will be whittled down to three by the time the nominations are announced on January 15th. The contenders for the […]