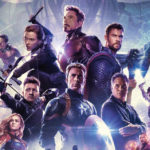 Pim Razenberg on Multi-Part Film franchising… In the 2015 article The Future of Franchising: The Shared Universe, I discussed the development of franchising strategies within Hollywood. In the 2010s, these strategies cumulated in the dawn of interconnected franchising through “cinematic universes”, such as the Marvel Cinematic Universe and the DC Extended Universe. Today, as we […]

Anghus Houvouras on The Hunger Games franchise… Franchises. They’re everywhere. I’ve written a lot about them over the years and subsequently have gotten a lot of flack from people from swinging my razor wire covered baseball bat into the shins of the blockbuster cinema complex that Hollywood has become. It’s painfully obvious that franchises aren’t […]

Lionsgate Home Entertainment has confirmed details for the Blu-ray release of the final chapter in The Hunger Games saga, Mockingjay – Part 2 and The Hunger Games Complete 4-Film Collection, both of which are set for release on March 22nd. SEE ALSO: PRE-ORDER THE HUNGER GAMES MOCKINGJAY – PART 2 VIA AMAZON UK OR AMAZON […]

With the Hunger Games franchise coming to an end with Mockingjay – Part 2, The Movie Show team look back at the quadrilogy and ahead towards the future of the ‘Young Adult Dystopia’ genre. Listen to the audio version below on Soundcloud, watch it on YouTube, follow us on Stitcher or subscribe to us on […]

This is an excerpt from the weekly Flickering Myth Super Newsletter. Subscribe here to get it delivered to your inbox every Sunday (a whole day ahead of everyone else!), along with The Week in Movies column, our Article of the Week, exclusive competitions and other stuff. Just crack open the popcorn, click on the image […]

The final movie of the Hunger Games franchise is out now, so here’s Flickering Myth’s cheat sheet for the story so far. Hunger Games, Catching Fire and Mockingjay – Part 1…may the facts be ever in your favour. Listen to the audio version below on Soundcloud, watch it on YouTube, follow us on Stitcher or […]

…in terms of varied audience appeal, that is. Michael Bay’s latest in the Transformers franchise, Age of Extinction, had the most ethnically diverse audience of 2014’s highest-grossing films. Critically adored The LEGO Movie, however, had the least. This is all revealed in a survey by the Motion Picture Assoication of America. It’s a fascinating read if you’re into stats […]

Lionsgate Home Entertainment has officially announced and detailed its upcoming Blu-ray release of director Francis Lawrence’s blockbuster The Hunger Games: Mockingjay Part 1, which will arrive on March 6th. Mockingjay – Part 1 became the highest-grossing domestic release of 2014 when it reached nearly $333.2 million at the domestic box office yesterday. The last two […]

The third instalment in The Hunger Games franchise has just overtaken Marvel’s space opera Guardians of the Galaxy to become the highest-grossing domestic release of 2014, with The Hunger Games: Mockingjay – Part 1 having now pulled in $333.2 million since its release in November. This marks the first time ever that two entries from […]

The Hunger Games: Mockingjay – Part 1 has become the ninth film of 2014 to cross $700 million at the global box office, with the Jennifer Lawrence-headlined sequel pushing its worldwide haul to $701.1 million this past weekend. The penultimate chapter of The Hunger Games franchise is now the second-highest grossing instalment, having overtaken the […]