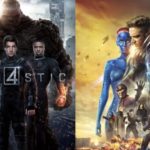 Earlier this week it was announced that Disney has finalised a deal to purchase the movie and television assets of 20th Century Fox, which means that both X-Men and Fantastic Four are now at the disposal of Marvel Studios and its Cinematic Universe. This is of course great news for Marvel fans who have been […] 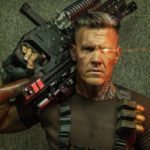 The time travelling mutant Cable is set to make his big screen debut next year as Josh Brolin takes on the role in 20th Century Fox’s hotly-anticipated sequel Deadpool 2. The character’s co-creator Rob Liefeld has taken to Instagram to share a set photo of himself alongside Brolin in costume as Nathan Summers, during which […] 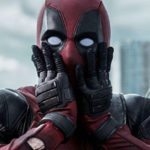 Just this week, fans got word that Disney has recently had talks with 20th Century Fox regarding a deal that would give Disney ownership of Fox’s movie and TV studios, as well as the rights to the franchises under 20th Century Fox’s control. Of course, in comic-book speak, that means: the X-Men could be coming […]

2018 is shaping up to be a very big year indeed for Josh Brolin on the comic book movie front. Not only is he set to take on the entirity of Earth’s Mightiest Heroes with his role as Thanos in Avengers: Infinity War, but he’s also set to bring the time-travelling mutant Cable to life […]

Recently Josh Brolin was cast in the highly sought after role of Cable in next year’s Deadpool 2. Everyone from Michael Shannon to Brad Pitt was suggested and/or rumored for the physically demanding character, but in the end, Thanos won out. Following the exciting casting news, Deadpool co-creator Rob Liefeld decided to sketch what a Josh […]

With the spectacular success of Deadpool and with R-rated Logan seemingly a hit in the making, speculation is rife as regards to casting details for the much anticipated Deadpool sequel. Co-creator of Wade Wilson, Rob Liefeld, is making his desires known by advocating that Russell Crowe be the man to portray Cable when he makes […]

Back when Deadpool was shattering expectations and breaking records at the box office, many people rightfully speculated that the floodgates had opened for superhero content that goes against the grain of modern-day blockbuster filmmaking. Now, via Variety, Deadpool creator Rob Liefeld has revealed that he has inked a deal to create a new universe of […]

If you’ve been itching to see more Rob Liefeld creations heading to the big screen after this year’s Deadpool, you may be in luck as Deadline is reporting that Paramount has snapped up the rights to the Avengelyne comic book series, with Akiva Goldsman attached to produce what is being touted as “John Wick with a […]

Although it seemed for a while that Cable would make his big screen debut as part of 20th Century Fox’s planned X-Force movie, things have since fallen quiet on the potential X-Men spinoff. Nevertheless, creator Rob Liefeld has taken to Twitter to reveal his dream pick to play the character, sharing a mock-up of Mad Men […]

Rob Liefeld’s creator-owned comic book series Prophet could be set for a big screen adaptation, with The Tracking Board reporting that Liefeld is pitching the project as a movie, with 20th Century Fox apparently showing some interest in what is being described as “a mix between The Martian, Mad Max and Avatar“. The character of […]