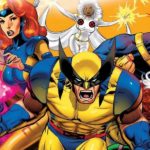 The upcoming Disney+ streaming service is reportedly set to include fan-favourite comic book animated series as part of the launch offerings. According to the Disney+ Updates Twitter (via @gjkooijman, who is is currently beta testing the service in The Netherlands), the streaming service will include Spider-Woman (1979), Spider–Man (1981), Spider-Man and His Amazing Friends (1982), […] 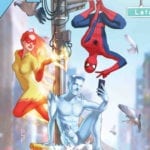 If you’re old enough to remember the Spider-Man and His Amazing Friends animated series, you may want to keep your eye out for the upcoming Iceman #3 from Marvel Comics, which will see Bobby Drake reuniting with Spider-Man and Firestar! “As a lifelong Spider-Man and X-Fan, I forced [editor-in-chief] C.B. Cebulski to swear he wasn’t […]