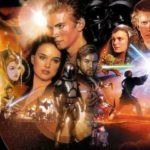 Rian Johnson, the director of Star Wars: The Last Jedi, has explained why George Lucas’ Prequel Trilogy is great. Upon release, George Lucas’ Star Wars prequel films were not looked upon with the same love and praise as the original trilogy. However, in recent years, fans have found a new love for these films, viewing […] 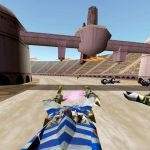 After bringing Star Wars Jedi Knight: Jedi Academy to the consoles back in March, Aspyr has announced that 1999’s classic Nintendo 64 podracing game Star Wars Episode I: Racer is now available on Nintendo Switch and PlayStation 4. “Get ready to start your engines because one of the galaxy’s most dangerous races is on with […] 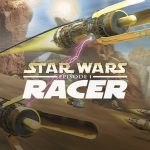 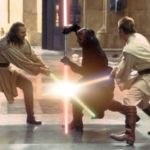 Dave Filoni, Lucasfilm producer, writer, director, and animator, has explained just how important Darth Maul vs Qui-Gon Jinn is in Star Wars: Episode I – The Phantom Menace. One of the most beloved lightsaber duels in Star Wars history is the so-called ‘Duel of the Fates’ between Qui-Gon Jinn, Obi-Wan Kenobi and Darth Maul in […]

Ricky Church with a defence of the Star Wars prequels… To say that the Star Wars prequels are controversial would be an understatement. Leading up to May 19, 1999 fans young and old alike were very excited for The Phantom Menace only to be disappointed with what director George Lucas had delivered. As the trilogy […] 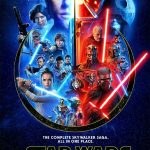 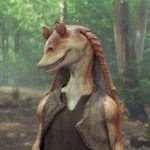 Ahmed Best, the actor behind Jar Jar Binks in the likes of Star Wars: The Phantom Menace, doesn’t think the movies are for kids anymore. Ahmed Best’s Jar Jar Binks isn’t exactly the most popular Star Wars character ever but he certainly brought a family-friendly touch to George Lucas’ prequel films. That appeal to kids […] 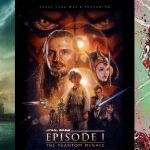 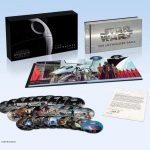 Disney and Lucasfilm have announced that Star Wars: The Skywalker Saga box set, which consists of the Prequel, Original and Sequel Trilogy movies – The Phantom Menace, Attack of the Clones, Revenge of the Sith, A New Hope, The Empire Strikes Back, Return of the Jedi, The Force Awakens, The Last Jedi and The Rise […] 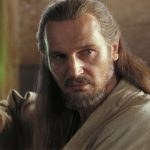 While Liam Neeson has previously starred in Star Wars:  Episode I -The Phantom Menace as Qui-Gon Jinn and Batman Begins and The Dark Knight Rises as Ra’s al Ghul, the actor has revealed he has no interest in returning to the superhero genre or future Star Wars instalments. In a recent interview with ET, Neeson revealed that he has no interest […]