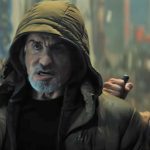 Ahead of its premiere this Friday on Prime Video, a new clip has been released for the superhero thriller Samaritan which sees Sylvester Stallone’s reclusive former hero almost blowing his cover when he comes to the aid of a young girl; watch it below… Thirteen-year-old Sam Cleary (Javon “Wanna” Walton) suspects that his mysterious and […] 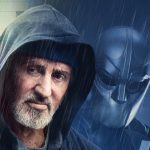 With its premiere just a week away, a new featurette has been released for Prime Video’s superhero thriller Samaritan which sees star Sylvester Stallone discussing his character and young co-star Javon “Wanna” Walton expressing his excitement over working with the action icon. Check it out below… Thirteen-year-old Sam Cleary (Javon “Wanna” Walton) suspects that his […] 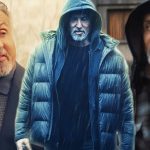 Tom Jolliffe looks at the upcoming offerings from Sylvester Stallone, who is still going strong at 76… For many, Sylvester Stallone is an icon. A hero through childhood and adolescence for several generations of movie fan. I grew up in an era where playgrounds were divided by camps. It might have been a Glaswegian School […]

Ahead of its premiere on Prime Video this August, the first trailer has been released for the superhero thriller Samaritan. Directed by Julius Avery, the film follows 13-year-old Sam (Javon ‘Wanna’ Walton) as he learns that his mysterious neighbour Mr. Smith (Sylvester Stallone) is actually a super-powered vigilante who was reported dead 20 years earlier, […] 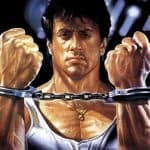 Tom Jolliffe looks back at Lock Up, one of Sylvester Stallone’s less heralded peak era films… 1989. Sylvester Stallone had topped the mountain in the 80’s. It all came to a head in 1985 when Rocky IV and Rambo: First Blood Part II dominated the box office. In today’s world, it was akin to having […] 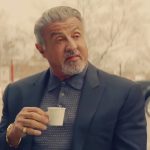 Paramount+ has released the first trailer for Tulsa King, the upcoming crime drama series from Taylor Sheridan (Yellowstone) which stars Sylvester Stallone as New York mobster who is released after spending 25 years incarcerated and tasked by his boss to set up shop anew in Tulsa, Oklahoma. Watch the trailer here… ﻿ TULSA KING follows […] 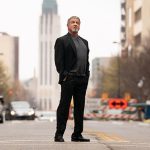 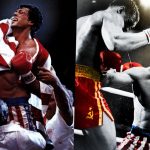 Tom Jolliffe pits Sylvester Stallone’s recent Directors Cut of Rocky IV up against the original theatrical cut… Much like the iconic villain within it, Rocky IV defeats all man. A much treasured film which was always rated highly among Rocky fans, even if it might not have been objectively considered a great film. A wonderful […]

Sylvester Stallone might currently be filming the kind of big-budget franchises you’d associate with one of Hollywood’s most iconic actors, what with The Expendables 4 and Guardians of the Galaxy Vol 3. in production, but it appears that the legendary actor is now set to flex his acting muscles on the small screen for Taylor […]