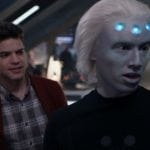 The CW has announced some casting news for the new seasons of two of its DC shows in The Flash and Supergirl. First up is the news that Hartley Sawyer (Ralph Dibney/Elongated Man) and Danielle Nicolet (Cecile Horton) have been upped to series regulars for the fifth season of The Flash. Meanwhile, over in National City, Jeremy […] 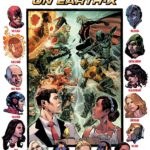 One of the things that fans look forward to with The CW’s superhero universe is the annual crossovers between the shows, which only gets bigger each year as the network adds more heroes to the Arrowverse. With this year being a true four-part crossover between The Flash, Supergirl, Legends of Tomorrow and Arrow, The CW has announced the title as […]

The CW’s The Flash has made a new addition to its cast in Greg Grunberg, who will have a recurring role starting in next week’s episode ‘Killer Frost’. According to Mashable, Grunberg will play Detective Tom Patterson, a “gruff, stalwart figure at Central City Police Department” who is “unwavering in his commitment to protecting Central City […]

The DC universe is ever-expanding these days and the ranks have swelled even further today with news that The CW have found their Hawkman for the Arrow and The Flash spinoff series DC’s Legends of Tomorrow. Actor Falk Hentschel has signed on to play the DC Comics hero, whose alter-ego Carter Hall is the “latest […]