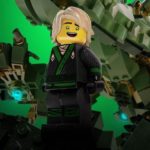 Coinciding with its US release, an outtakes video has arrived online for Warner Bros. animated comedy adventure The LEGO Ninjago Movie; check it out below… SEE ALSO: Watch nine clips from The LEGO Ninjago Movie Ninjago is the story of six young ninja tasked with defending their island home, called Ninjago. By night, they’re gifted warriors, […]

There won’t be three successive weeks on top for It as the horror sensation is set to lose its top spot at the US box office. It’s been quite something to see, the new Stephen King adaptation of the popular horror novel It has really caught the public’s imagination and is proving to be a […]

With just a week to go until the release of The LEGO Ninjago Movie, nine clips have arrived online from Warner Bros. upcoming animated comedy adventure which you can check out below… Ninjago is the story of six young ninja tasked with defending their island home, called Ninjago. By night, they’re gifted warriors, using their skills […]

MORE DELAYS FAR, FAR AWAY With the Star Wars: Episode IX getting a new script and a pushed back release date, it should come as no surprise that the movie’s production has been pushed back too. Variety are reporting that Lucasfilm has now delayed the start of principal photography on Episode IX. Originally slated to begin […] 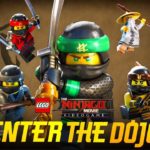 Warner Bros. Interactive Entertainment have released a new trailer for The LEGO Ninjago Movie Video Game which shows off the game’s Dojo training grounds. This new LEGO game, developed by LEGO video game experts TT Games, will be available for the Xbox One, Nintendo Switch, PlayStation 4 and PC on the 6th October. Watch this […] 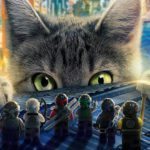 With less than two weeks to go until the arrival of The LEGO Ninjago Movie, a new poster for the animated comedy adventure has arrived online which features the team of heroes squaring off against Meowthra, “the unstoppable beast” glimpsed in the Comic-Con trailer; take a look at the poster here… Ninjago is the story […] 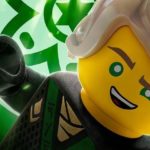 With a little under two weeks to go until The LEGO Ninjago Movie arrives in US cinemas, Warner Bros. has released another batch of character posters for the upcoming animated adventure featuring Lloyd, Lord Garmadon, Master Wu, Nya, Cole, Jay, Kai, Zane, and Koko, along with a making of featurette; take a look below… SEE ALSO: The […] 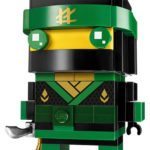 Promotional images have arrived online for the upcoming The LEGO Ninjago Movie Brickheadz sets for Lloyd and Master Wu. The toys are set to go on sale October 1st, priced $9.99 each; check them out here… This Lloyd LEGO® BrickHeadz construction character is fun to build using colorful LEGO bricks that recreate all of his […] 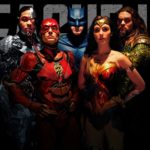 Liam Hoofe looks ahead to some of the biggest releases in cinema over the coming months… With summer nearly in the rear-view mirror, it is time to look ahead to the autumn – or fall, to our friends on the other side of the Pond – and all the fantastic movies it has to offer […] 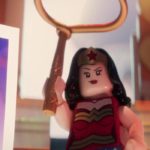 With less than a month to go until The LEGO Ninjago Movie arrives in cinemas, Warner Bros. has released three promos for the upcoming animated feature, the first of which contains brief cameos/Easter eggs from Unikitty, Batgirl and Wonder Woman; check them out here… SEE ALSO: Jackie Chan explains the fight choreography in The LEGO […]