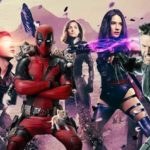 Eric Bay-Andersen on making sense of the X-Men movie timeline(s)… To say that the X-Men movies are convoluted and confusing would be an understatement – over the past 17 years the franchise has seen multiple spin-offs, re-boots and re-castings, making any hope of coherence impossible. But there is a way to make (partial) sense out […]

Having debuted this past weekend with an impressive $237.8 million worldwide, 20th Century Fox’s X-Men solo spinoff Logan has now helped to propel the Wolverine trilogy beyond the $1 billion mark at the global box office. By close of play yesterday, Logan has grossed $263.2 million, of which $104.2 million comes from North America, and […]