On Thursday evening, Thor: Ragnarok director Taika Waititi hosted a live viewing party of his 2017 Marvel blockbuster alongside stars Tessa Thompson and Mark Ruffalo, during which he shared a few tidbits of information on the next instalment of the God of Thunder’s solo series, Thor: Love and Thunder. “It’s like 10-year-olds told us what […] Actor Mark Ruffalo, who is best known for playing The Hulk/Bruce Banner in the Marvel Cinematic Universe, has revealed that he and Thor actor Chris Hemsworth improvised a lot of the script for Thor: Ragnarok, which clearly helped bring director Taika Waititi’s signature comedy to life and usher in the new personalities of Thor and […] 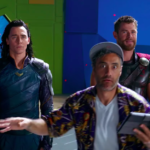 In 2017, director Taika Waititi reinvented the Thor franchise with Thor: Ragnarok by infusing the instalment with more comedy than previously seen from this sub-series. Now, in an interview with Wired, Waititi confirmed Thor: Love and Thunder will double down on how nuts the previous instalment was. “It’s going to be bigger and louder and more bombastic,” Waititi revealed. “It’s only […] 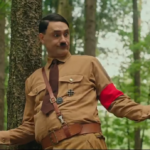 Harrison Abbott chats with Avengers: Endgame Visual Effects Supervisor Stuart Penn… Having contributed to the dazzling special effects of Guardians of the Galaxy, Iron Man 3 and The Dark Knight, Stuart Penn is no stranger to big screen comic-book extravaganzas. That being said, he’s dipped his toes into plenty of other genres over the years, […] At one point in time, Captain Marvel‘s post-credits scene was going to tie into Thor: Ragnarok. Spoilers follow… Captain Marvel is finally with us and fans around the world have had the chance to see the next film in the Marvel Cinematic Universe for themselves. It seems to be going down pretty well if you […] This March, Zachary Levi is set to take on the title role in Warner Bros. and DC Films’ Shazam!, becoming one of just a handful of actors to appear in both the DC Extended Universe and the Marvel Cinematic Universe following his two previous outings as Fandral, one of the Warriors Three from the Thor […] 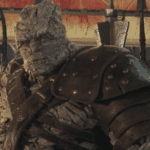 Taika Waititi, the director of Thor: Ragnarok, has revealed the inspiration behind Korg – the character he also played on screen. There was a lot to love about Thor: Ragnarok but one facet of the film that resonated with fans as well as any other was Korg, the hilarious alien creature voiced by Taika Waititi. Korg […]