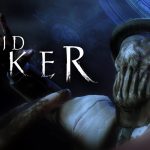 Wales Interactive, developers of Don’t Knock Twice, The Bunker and The Complex, has announced they will be releasing Maid of Sker on Xbox One, Playstation 4, and PC (via Steam) on 28th July.  This first person survival horror has been inspired by the Welsh folklore story of Elisabeth Williams and sees players venture through hrough […] 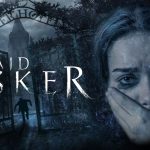 Wales Interactive (Don’t Knock Twice, The Bunker, The Complex) has announced that it is set to deliver terrifying first person scares this June with the release of the survival horror title Maid of Sker. Inspired by the Welsh folk story of Elisabeth Williams, the tragic tale of a woman in the 1800’s losing her life […] 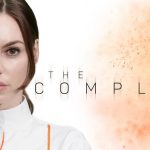 Shaun Munro reviews The Complex… Wales Interactive, the outfit behind the BAFTA-winning interactive movie/video game Late Shift, returns to the experimental genre with their promising new sci-fi outing The Complex. Yet despite offering up a ripped-from-the-headlines tale riffing on both chemical warfare and corporate subterfuge – and being penned by The Handmaid’s Tale‘s Lynn Renee Maxcy, […]

Wales Interactive and Prologue Games have announced the release of their choice driven adventure game Knee Deep on Xbox One.  The game has been enjoyed by Playstation 4 gamers for a few days but now it is time for Xbox One owners to enjoy their investigation into a celebrity death in a forgotten Florida tourist trap.  Watch […]

From Wales Interactive, the people behind The Bunker, [read our review here] comes Don’t Knock Twice, a VR Horror experience for the PSVR, HTC Vice and Oculus Rift. Don’t Knock Twice stars Katee Sackhoff (Battlestar Galactica) and is directed by Caradog James (The Machine).  For those brave enough to enter there is a demo of the […]

Calum Petrie reviews The Bunker… The Bunker is a point and click psychological horror game created with all pre-recorded film footage. The game does not allow any control over the on screen character directly, rather you will click command points on screen and the player will interact with your chosen object. Developed by Splendy in association […]

Splendy Games and Wales Interactive have today released their live action psychological horror game, The Bunker, on Xbox One, Playstation 4 and PC. The Bunker is a completely live action game with no computer generated special effects and has a storyline written and designed by those behind titles like  The Witcher,  SOMA and  Broken Sword.  In The Bunker, players will […]

Wales Interactive have announced that their sci-fi puzzle game Soul Axiom is coming to the Nintendo Wii U on 29th September and will be available to download from the Nintendo eShop priced £11.99/ $14.99/ €14.99.  Wii U gamers will at last have the opportunity to enjoy a unique puzzle adventure which has previously only been available on other formats. […]

Villordsutch reviews Coffin Dodgers… Let’s be honest, everybody wants Mario Kart on their machines.  If you’ve experienced Mario Kart at any point in your life and then you’ve left and strayed to another console, no matter how perfect the graphics are on your new shiny box you can’t help but want a some form of […]

Arriving on May 3rd from Wales Interactive and Milky Tea Studios is the kart racer that is bringing with it a rather enjoyable slice of dark comedy. Coffin Dodgers see’s the normally placid lives of a retirement village take to the streets in their pimped up mobility scooters, each decked out with numerous pieces of homemade weaponry, […]