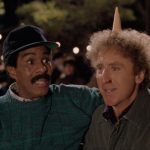 Tom Jolliffe offers up ten essential buddy films… Reluctant partners, thrust together. Chalk and cheese, a differing approach to attaining the end goal, or perhaps sometimes from opposite sides of the law. The buddy film genre has been popular for decades. Some writer/directors in fact have a real association with it (see later). It’s a […] 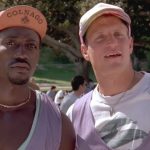 Tom Jolliffe double bills two Ron Shelton sports films, White Men Can’t Jump and Bull Durham… Some will never get the passion that sport can inspire in fans and indeed the athletes (whether professional of amateur). Whether you love a sport as a spectator, or an active participant, that love is something almost unique to […]

A remake to the 1992 sports comedy White Men Can’t Jump, starring Woody Harrelson and Wesley Snipes, is now in the works. The Hollywood Reporter states that Kenya Barris, the creator of the ABC show Black-ish, will be developing the film for 20th Century Fox. Barris will also write the script as a part of […]