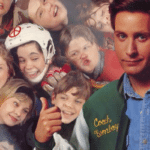 This week it was confirmed that Emilio Estevez is set to reprise his role as Gordon Bombay from Disney’s The Mighty Ducks for a TV sequel to the beloved 1992 film, and now the Mouse House’s official Twitter page has shared the first production photos from the upcoming Disney+ Original Series which sees Estevez’s coach […] 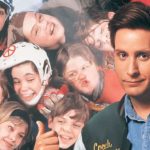 UPDATE: It’s now official that Emilio Estevez has closed his deal with Disney to reprise the role of Gordon Bombay in the upcoming Mighty Ducks sequel TV series for Disney+. Original story follows… As Disney+ continues to build its original content, it has made a big step in the development of The Mighty Ducks sequel TV […]

It looks like Disney may be planning to dust off The Mighty Ducks franchise, with THR reporting that ABC Signature Studios is in early development on a TV series based upon the 1990 feature film. According to the site, ABC Signature chief Tracy Underwood has put the project into development after being approached by Steven […]