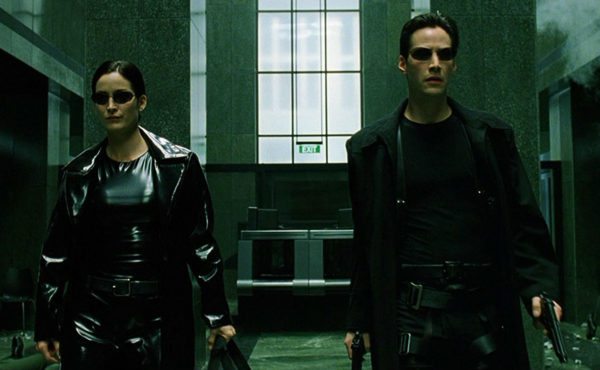 Well here’s some rather surprising news for this evening, as Variety has revealed that Keanu Reeves and Carrie-Anne Moss are set to re-enter The Matrix for a fourth outing as Neo and Trinity, reuniting with franchise co-creator Lana Wachowski for The Matrix 4.

“We could not be more excited to be re-entering ‘The Matrix’ with Lana,” said producer Toby Emmerich. “Lana is a true visionary—a singular and original creative filmmaker—and we are thrilled that she is writing, directing and producing this new chapter in The Matrix universe.”

“Many of the ideas Lilly and I explored 20 years ago about our reality are even more relevant now,” said Lana. “I’m very happy to have these characters back in my life and grateful for another chance to work with my brilliant friends.”

The Matrix was released 20 years ago this year, and kicked off a three-film franchise which grossed over $1.6 billion. A reboot/sequel was announced as being in development under writer Zak Penn (Ready Player One) back in 2017, with Lilly Wachowski stating just earlier this month that she was looking forward to hearing more about the project (whether it not Penn’s project is still moving ahead given this latest news is unclear at present)

The Matrix 4 has been scripted by Lana Wachowski, Aleksander Hemon and David Mitchell, and is looking to shoot in 2020.

SEE ALSO: A Look Back At The Matrix Sequels

Are you excited about seeing Keanu Reeves and Carrie-Anne Moss back for a fourth Matrix movie? Let us know in the comments below or on Twitter @Flickeringmyth…