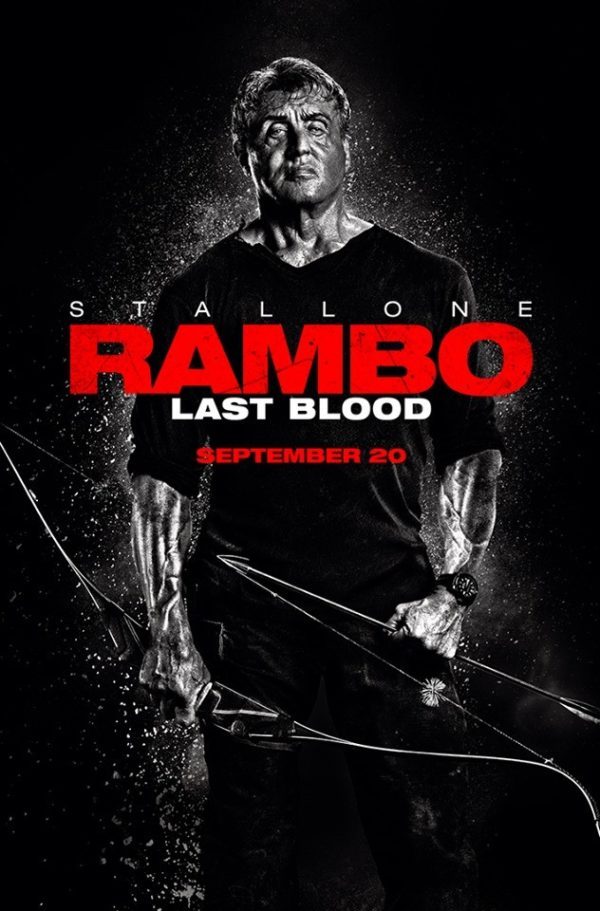 Rambo: Last Blood can’t make up its mind on whether it wants to present the eponymous testosterone-driven, PTSD saddled, aged hero as losing his touch for killing or still up to the brutal task. Honestly, it doesn’t really matter much considering the script (Sylvester Stallone himself is one of the writers) is an embarrassing disaster consisting of unfinished stretches. And I don’t mean that the narrative is not fully formed (although it isn’t) but that even action sequences end as they are getting underway. Most bafflingly, one of them seems to just have not been given to the editor at all, or anyone that can make sense of whatever the hell director Adrian Grunberg shot, existing as a compilation of kills with zero grace or flow.

Attempting to live out his remaining days peacefully amid his life of traumatic violence, John Rambo (once again played by Sylvester Stallone, admittedly still able to bring it and maintain a decent level of intensity when his rage is let loose for the climactic showdown) resides at an Arizona ranch tending to the horses and caring for a surrogate family; a niece and her grandma. Gabrielle (Yvette Monreal) has been estranged from her biological father for her entire life, randomly deciding to track him down in Mexico to see if he has changed, and either make amends or receive proper closure. Rambo, who has obviously plunged into the darkest depths humanity has to offer is understandably cynical regarding the whole endeavor. Apparently, he has some kind of past connection to Gabrielle’s father (it’s never made clear what, but then again, just about every character here solely exists in service of Rambo’s never-ending torment instead of expanding upon anyone else) insisting that men like that never change and will forever have black hearts. Speaking of that, there’s a lot of discussions here regarding hearts which is visually realized in what might be one of the most unintentional gobsmacking funniest attempts at machismo poetry. Seriously, the ending will have viewers in stitches laughing like hyenas.

Anyway, the journey there is not so amusing. Truthfully, it’s an ugly experience that, somehow for a movie with barely any plot, sends terrible messages. Gabrielle is essentially put into danger for no other reason than having empathy and wanting to understand why her father chose to abandon his family. Without spoiling what happens during that encounter, I will just say that the subsequent events find her kidnapped and placed into a prostitution ring where she is also drugged and overdosed out of her mind. The latter is extra punishment because, for some inexplicable reason, John Rambo, the real fucking Baba Yaga back when John Wick was still in diapers, devises the stupidest plan imaginable to rescue Gabrielle. Yes, a master of murder, stealth, and booby-traps just waltzes right up to the leader, and before you know it so many guns are pointed at Rambo’s skull the filmmakers absolutely could have plagiarized the similar and epic John Wick: Chapter 2 poster. 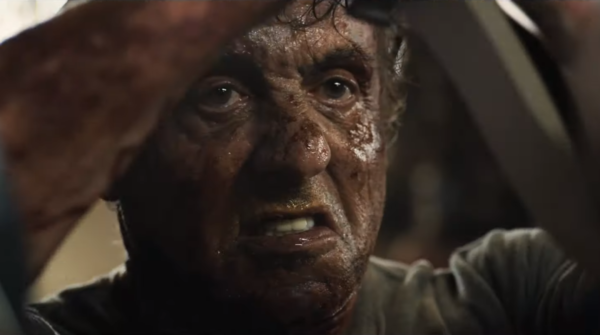 Initially, it’s a worthwhile scene that shows some vulnerability to such a mythic and iconic, seemingly invincible action hero. Maybe his days are numbered? Maybe father time coupled with the enemy he is facing down and sheer numbers will finally be enough to send him home not only failing his personal mission but potentially in a body bag or six feet under. Nah, after nursing his wounds with the assistance of an investigative journalist that serves no purpose to the story, (even though Rambo claims he can’t accomplish anything without her help, not once but twice), he’s back and beating everyone to death with a hammer (one of the aforementioned action sequences that is hugely disappointing, lasting only about 30 seconds).

Look, the hard-R bloodshed, decapitations, broken bones, and splattered brains are all here to satisfy viewers only looking for such a thing, but shockingly there’s not much of it. There is only one extended battle sequence in Rambo: Last Blood; everything else is either a training montage or some kills quickly slapped together to prevent the audience from falling asleep. And holy shit, I would not be surprised if someone actually does fall asleep during a rambling, mumbling lengthy monologue from Rambo while driving that is terrible for its overly melodramatic nature and the fact that half of the dialogue is unintelligible. Eventually, the scene reaches a very important point, but you could really go to the bathroom and come back still not missing anything; the speech goes on aimlessly for that long. For as much as there is to hate within Rambo: Last Blood, there are a few subtle enjoyable touches. During Rambo’s butchering at the prostitution house, some of the women are so terrorized from abuse that even when rescued they simply don’t have the mental strength to flee the building. Also, at the Arizona ranch are winding underground tunnels that are utilized as more than a warlike setting for numerous deadly traps to give Rambo the upper hand. There’s also a bit where two generic villains fall on roughly 5 spikes each killing them on impact, only for Rambo to empty a machine-gun clip into their bodies. It might be the silliest and most American thing you see in a movie theater all year.

Rambo: Last Blood is enjoyable in bite-sized pieces, but there is no way in hell anyone can convince me the filmmakers were working from a finished draft. There are simply too many empty sections that were clearly intended to have had more designed. The writing is awful even for the standards of mindless action flicks. It abruptly ends out of nowhere, but that actually might be the best thing about the movie. The only thing that death is coming for is the Rambo franchise itself.