Game of Thrones showrunners David Benioff and D.B. Weiss have departed ways from their Star Wars trilogy that was set to launch in 2022, due to their limited time and schedules regarding the recent deal with Netflix. 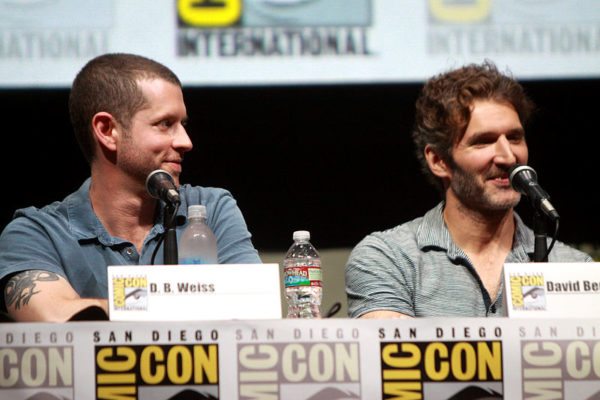 “We love Star Wars,” the pair said in a statement to Deadline. “When George Lucas built it, he built us too. Getting to talk about Star Wars with him and the current Star Wars team was the thrill of a lifetime, and we will always be indebted to the saga that changed everything.”

“There are only so many hours in the day, and we felt we could not do justice to both Star Wars and our Netflix projects,” the pair continued. “So we are regretfully stepping away.”

While the plan of the Star Wars movie franchise is publicly unclear after the upcoming Star Wars: The Rise of Skywalker, we knew about three separate developments at Lucasfilm: the trilogy planned by Star Wars: The Last Jedi director Rian Johnson, the trilogy being planned by the Game of Thrones duo, and a feature film being developed by Marvel Studios President Kevin Feige. However, we can now take the development plan down to two after Benioff and Weiss have backed out of their deal to make a new trilogy in the Star Wars universe.

On the positive side, this gives Disney plenty of time to fully map out future Star Wars film projects as the next film isn’t set to be released until the penned December 2022 release date.

While we wait for Lucasfilm to sort out the release plan for future projects, there are plenty of other Star Wars projects in various stages of development including The Mandalorian which is releasing on Disney+ on 12th November, the Obi-Wan Kenobi TV series, the Cassian Andor TV series, and season seven of The Clone Wars.

What do you think the next film project will be? Will it be the Kevin Feige project or the Rian Johnson trilogy? What are your thoughts on Benioff and Weiss leaving their planned Star Wars trilogy? Let us know in the comments below or tweet us @flickeringmyth…