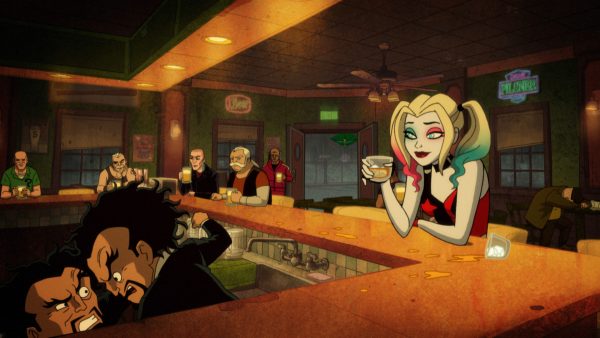 DC Universe has something special on their hands with their new animated series, Harley Quinn. The series feels like a throwback to their best times in animation (Batman: The Animated Series, Justice League Unlimited) but still comes off like a fresh, new thing. The only thing I can compare this easily is if Bruce Timm made an Adult Swim show, and that’s a high compliment coming from me.

Harley Quinn follows our favorite goofy anti-hero as she tries to find her place in the world, not only with her ex The Joker but also as a baddie in the world of DC. She wants to become a member of the Legion of Doom, a famed group of super-villains, but the show is much more than just that.

We see the bond between Harley Quinn and Poison Ivy grow, we see Harley trying to get over an abusive ex-boyfriend, and through all that still, have some murderous fun along the way. It’s that perfect balance you find in adult animation where it’s still wacky like a child’s cartoon, but you can deal with heavier topics in your plots and stories. It’s what makes shows like The Venture Bros, Rick & Morty, and South Park so good, and it’s the formula that can bring this to big success. 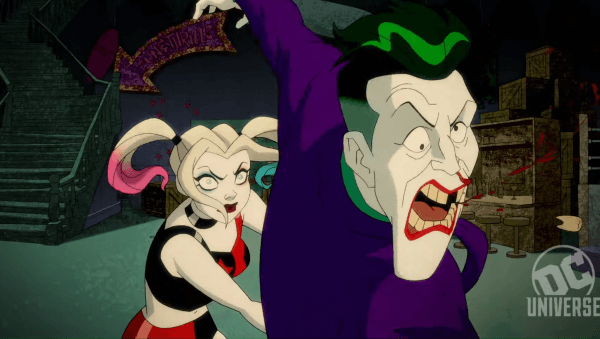 Something that brings this show to life is the impressive voice cast. The supporting cast that fills out the wonderful world of DC is fantastic, with Lake Bell and Alan Tudyk being two stand-outs. Both are skilled voice actors and know the exact tone of the show, bringing that to their characters perfectly. Tudyk’s Joker is great and makes it truly his own, which is refreshing as there are far too many versions of the clown out there.

Bell’s Poison Ivy is also a breath of fresh air and character I enjoy every time their on-screen. Poison Ivy usually is a great character, but the way she’s written here and Lake Bell’s performance brings her to a whole new level.

The real star of the show is, well, the actual star of the show. Kaley Cuoco is an incredible pick for the role of Harley Quinn; she somehow stays true to the soul of the character but puts her spin on the part. With a big-screen version so popular and an even more iconic animated version before, tackling this role is hard for anyone. Thankfully, Cuoco takes the challenge and nails it to perfection. 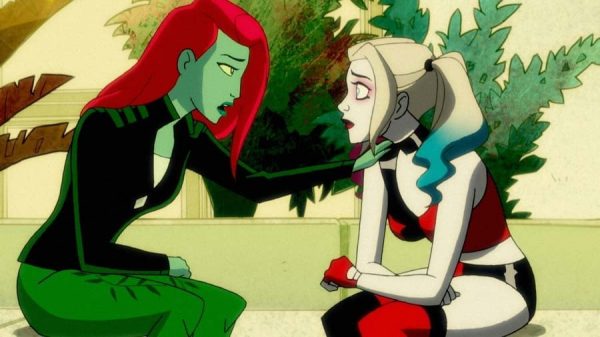 This Harley is so much different than the ones that came before her. She’s layered beyond belief, not just the cheesecake version from the films or the “look how crazy I am” version in other animated ventures. This Harley is relatable, even when she’s at her wildest. This allows for the character to be her most accessible yet, even if she’s pushing the most boundaries.

Many fear that DC is trying to turn Harley into their version of Deadpool. While there is some truth to that in terms of the self-aware nature, this version of Harley and the show go further than Marvel’s Merc would ever. The violence is done so hilariously that they can get away with so much carnage. Harley Quinn pushes its hard R-rating in the best way, but it’s not just the ass-kicking. There’s a sexuality to the show that fits the character but never feels out-right exploitative. And they get away with so many crude jokes that I’m not shocked this only for streaming.

Where the show shines is the overall respect and then major disrespect to DC. One of the most significant rules in art is you must know the rules before you break them. If you understand what you are about to parody, then there’s a level of authenticity that makes it enjoyable. That’s where I love Harley Quinn the most; it loves DC so much that it loves tearing into it. 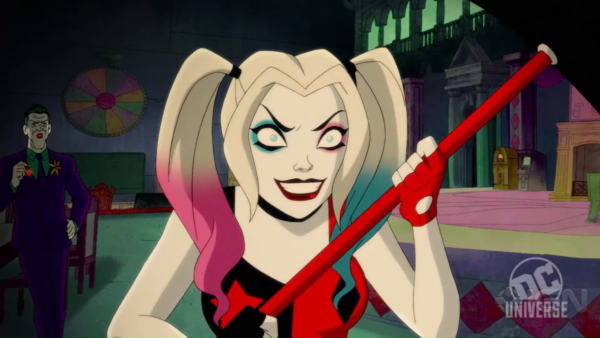 Everything is heightened in such a way that you know the creators are twisting things in just the right direction. The way they turn the Legion of Doom into something like The Guild of Calamitous Intent from Venture Bros is genius, and the same goes for how they handle characters like Jim Gordon and Clayface. Just hilarious twisting of familiar characters into something that works for the absurd comedy.

Harley Quinn on the DC Universe is one of the best original shows on the streaming service, and something everyone needs to check out. For DC fans to animation lovers, this is the perfect show for you. Prepare for utter insanity from start to finish, and expect to be shocked and offended at every turn.