He Came From the Swamp: The William Grefé Collection Limited Edition Box Set 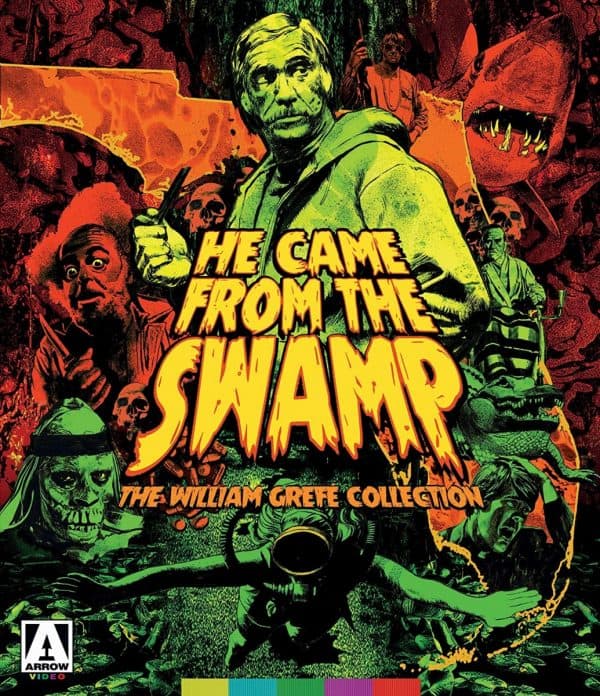 You have to hand it to Arrow Video as when they make a director-specific box set they really go to town with it. The massive H.G. Lewis set that came out a few years ago was a real treat for fans of dirty and gritty grindhouse movies, the sort that were filmed on the budget of a works Christmas party but provided just as much entertainment, and similarly He Came From the Swamp – which features a collection of movies from Florida-based filmmaker William Grefé – is very much a set with the exploitation connoisseur in mind.

For the purposes of this review it is important to note that, also like The Herschell Gordon Lewis Feast collection, the films it contains aren’t actually that great if you view them with a critical eye, but what He Came From the Swamp really represents is how a regional filmmaker can work outside of the Hollywood system and still manage to produce movies that, if not technically what you would call good, at least display a lot of heart and a passion for the craft of filmmaking. 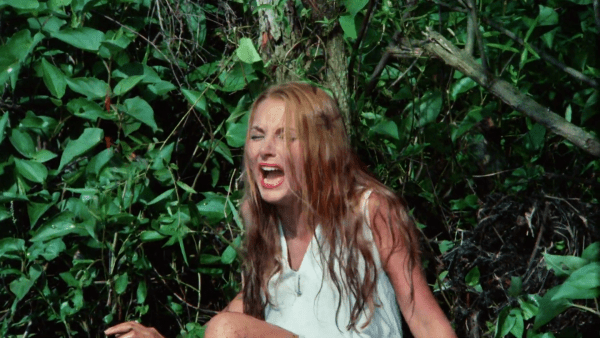 As the films themselves are of a dubious quality, a full rundown of each title is fairly redundant as there is nothing here that would get anyone outside of specialist genre cinema circles excited enough to investigate, although each movie is pretty much a knock-off of something mainstream. The best of the actual movies is Sting of Death, a rock n’ roll era monster movie that draws from Creature From the Black Lagoon – as well as numerous other 1950s sci-fi monster movies – and sees a group of people clearly around 30 years of age pretending to be teenagers, dancing around a swimming pool to a song about jellyfish sung by Neil Sedaka before a man with a plastic bag on his head – or a mutant jellyfish-person, if you like – runs amok.

Sting of Death is as silly as it sounds but it is the most fun movie in the set, the early ‘60s kitsch as much of a character as the Florida swamps and the clearly-not-at-high-school ‘teenagers’. However, things don’t progress well from here as William Grefé went full horror with Death Curse of Tartu, a sort-of Floridian spin on the Mummy legend but involving tribes and curses. It isn’t much fun and drags along at a slow pace with not much of a story to keep you engrossed. 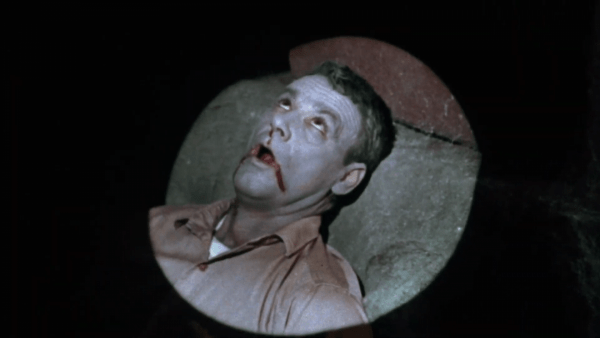 After that comes The Hooked Generation, made as America went counter-culture and the drugs started to kick in. Again, it doesn’t move very quickly but the shoot-outs in the Everglades are quite fun and possibly inspired the clearly staged gun fights that made The A-Team such a draw in the ‘80s (or perhaps not).

Otherwise known as Electric Shades of Grey, The Psychedelic Priest was shot in 1971 but didn’t get released until 2001 and sees a priest go on a road trip across America after deciding to see what the other side of life has to offer. Again, not as much fun as it sounds but the music is pretty cool, as is the overall trippy ‘70s vibe. However, Vanishing Point it is not.

The Naked Zoo is a crime thriller that features Hollywood legend Rita Hayworth and rock band Canned Heat but those are the only notable features. The Director’s Cut is featured here alongside an alternative cut that features a little more nudity, which is probably preferable as at least it gives you something to look at, although William Grefé is not a fan of that version, apparently. 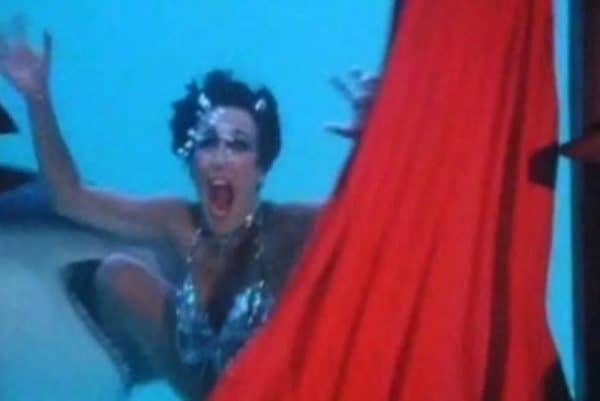 Mako: The Jaws of Death is a shark movie from 1976 so see if you can guess what cherry Grefé and his producers were trying to get a bite of? The selling point of the movie is that the shark footage – none of which features Mako sharks, for some strange reason – is real and the filmmakers didn’t feel the need to cheat with a fake shark and go down in cages like that other bloke did; Steven somebody… don’t know what happened to him. Anyway, Mako: The Jaws of Death does feature some nice underwater photography and has a silly man-has-psychic-link-to-sharks plot (Jaws: The Revenge anybody?) but is ultimately a film whose production was far more interesting than the finished product itself. Just check out those special features to see and hear how much fun filming with real sharks can be – Spielberg didn’t know what he was missing.

And the last of the William Grefé-directed movies is Whiskey Mountain, a Deliverance-style hillbilly adventure starring the wonderful Christopher George. This movie feels like a bit of a step up from the previous few thanks to George’s presence and arch-villain John Davis Chandler being as creepy as he always is but it never quite goes as far as you would like it to given what happens to certain characters. 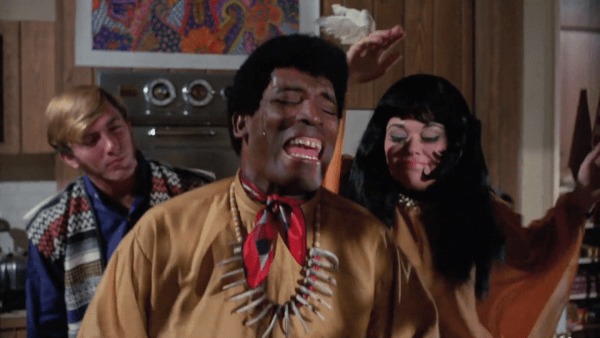 But the real gem of the set is They Came From the Swamp, a two-hour documentary sat in the special features section of the Whiskey Mountain disc and spanning the career of William Grefé by delving into all of his films – including several not included in the set – with coverage and information providing the context that just watching them blind does not provide. Featuring interviews with William Grefé, John Davis Chandler, cult director Frank Henenlotter (who also provides audio commentaries with Grefé for the movies), actor Joe Morrison and many other Grefé alumni providing valuable information that sheds a whole new light on all the films, gives details about how William Grefé made them and also pays loving tribute to the man who made getting movies made on low budgets look easy, whether or not they were any good. They Came From the Swamp is not worth the price of the set on its own but it is the most rewarding film here, and watching it is a lot more satisfying than any of the other movies, giving you the highlights without any of the dull stuff.

Each disc comes with its own collection of extras, with the William Grefé/Frank Henenlotter commentaries being the best, although there is also a fascinating documentary on the Sting of Death disc called Sting of Death: Beyond the Movie Monsters a-Go Go! which covers the monster movies of the rock n’ roll era and features all sorts of fun ghoulish imagery. The set also includes a collector’s booklet featuring interviews with William Grefé and comes housed in a rigid box with Arrow’s usual lairy artwork. 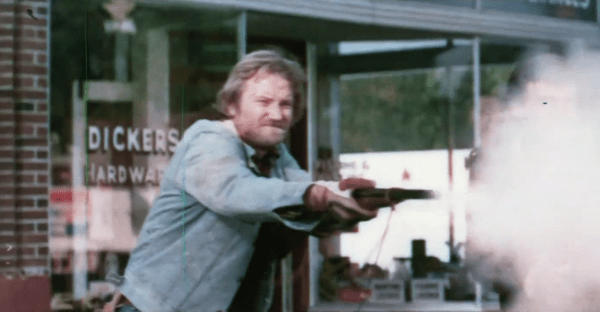 So He Came From the Swamp is a collector’s set that is exactly that – a set for collector’s that those not in the know will probably scratch their heads at as the movies are generally quite bad and full of the sort of acting, plots and special effects that the likes of Robert Rodriguez and Quentin Tarantino lovingly homage/spoof on a regular basis. However, as an insight into low budget filmmaking by a director who was playing in the same playground as the likes of Roger Corman, Hershell Gordon Lewis, George A. Romero and Jack Hill but never quite hit the zeitgeist in the same way, this box set is quite a valuable learning tool that unfortunately has more charm about it than it has decent movies.