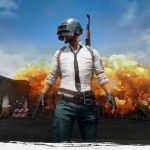 Krafton, Inc., the company behind the hugely successfully PlayerUnknown’s Battlegrounds, has announced that it is teaming with producer Adi Shankar for an upcoming animated project based upon the hit online battle royale game. “As a player, I’ve been crushing the competition in the Battlegrounds since PUBG released in 2017,” said Shankar, whose credits include Netflix’s acclaimed Castlevania […] Last month, Adi Shankar – producer on Netflix’s acclaimed anime series Castlevania – revealed that he was partnering up with an iconic Japanese video game company to adapt one of their video game titles as a TV series. On the back on the tease, The Wrap reported that the project in question was an adaptation […] According to The Wrap, Castlevania producer Adi Shankar is set to adapt of another classic Japanese video game franchise, with the trade reporting that he is teaming with Nintendo for a TV series based upon on The Legend of Zelda. Created by Shigeru Miyamoto and Takashi Tezuka, The Legend of Zelda was released in 1986 […] 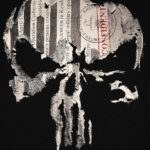 Ahead of The Punisher on Netflix, Ben Robins ranks all of the different Frank Castles… In an almost unprecedented act of genius, Marvel’s long lost, secretly loved but consistently butchered anti-hero The Punisher is finally getting his own ultra-violent spin-off series. And with star of just about every crime/drama movie/series in the last few years […]

Actress Brigitte Nielsen has signed on to play the main villain in Gods and Secrets, a new superhero-themed show from producer Adi Shankar (Castlevania). Nielsen will replace Glee star Mark Salling, who was charged with the possession of child pornography last year and subsequently removed from the project. Speaking to Variety, Shankar revealed that “I […]

Adi Shankar, producer of the upcoming Castlevania animated series at Netflix, has taken to Facebook to reveal that he’s dipping into the world of video games once again for his next project – an anime based upon the hit franchise Assassin’s Creed. “I’m happy to let you guys know that I’ve selected my next project,” […]

Producer Adi Shankar has just posted a YouTube video formally announcing the voice actors for his animated Castlevania series. Joined by actor Graham McTavish, who will be voicing Dracula in the series, the duo announced a full cast that includes Richard Armitage (Trevor Belmont), and James Callis (Alucard). Check out the video below for the […]

Adi Shankar, producer of 2012’s Dredd, is up for making a R-Rated movie version of the classic video game Mega Man. Shankar is known for putting his own spin on his favourite childhood films and shows. Such as the bloody short film reimagining of the Power Rangers that got many desperate for a dark feature […]