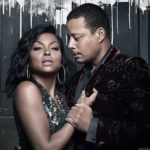 With Empire set to return next month, Fox has released a new trailer for the upcoming fourth season of the musical drama series along with a poster featuring Cookie (Taraji P. Henson) and  Lucious (Terrence Howard); take a look below… EMPIRE is a powerful drama about a family dynasty set within the glamorous and sometimes dangerous […]

Academy Award winner Forest Whitaker will soon be starring on the small screen, having been cast in the fourth season of FOX’s Empire in a multi-episode arc. Whitaker will portray Uncle Eddie, a “charismatic music icon and bonafide hitmaker, who gave an unknown Lucious (Terrence Howard) his first radio airplay. Decades later, Eddie steps up for Lucious […]

Fox’s marquee show, Empire, has just been renewed for its fourth season.  The series is currently on hiatus and will return with its new season premiere on March 22nd. While not quite as popular as it once was, the top Fox drama starring Terence Howard as a hip hop entertainment mogul is still a flagship product […]

Empire was one of the biggest surprises of the 2014-2015 television season, and has a lot to live up to in its sophomore year. To help, Fox has looked for big stars to show up in guest appearances, and has already found three candidates: Chris Rock, Lenny Kravitz and Alicia Keys. There’s no word on how the three […]

Empire has debuted the standard and subscriber covers to the latest issue of its magazine, which features the fearsome Indominus Rex from Jurassic World… SEE ALSO: Watch the latest trailer for Jurassic World Jurassic World is set for release on June 11th in the UK and June 12th in the States, with Colin Trevorrow (Safety […]

Anthony Stokes on how Empire is both empowering and offensive to African-Americans… Empire is the hottest new show over at Fox. It has tapped into the elusive but lucrative African-American market, and had the most watched finale of a new show in a few years, which is a huge deal because this is a very […]

Warning. This article contains spoilers… Los Angeles has a year left of potable water and tectonic shifts on active faults could cause the entire city to tumble into the ocean leaving nothing but a smoking crater in its wake. However, the biggest problem the city faces is something else entirely: Their favorite TV shows being […]

FOX has announced that it has handed out early renewals to the hourlong dramas Gotham and Empire, as well as a third season of the award-winning comedy Brooklyn Nine-Nine. The Batman prequel series Gotham delivered FOX’s highest-rated premiere in 14 years and is averaging a 4.2 rating and 10.6 million viewers during its first season, […]