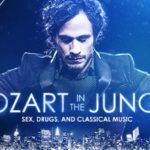 Amazon has announced that it has cancelled its Golden Globe and Emmy Award-winning comedy drama series Mozart in the Jungle after four seasons. “We are so proud of the four seasons we made of this show and are grateful to the cast, crew, fans and Amazon for writing this symphony with us,” said executive producers […] 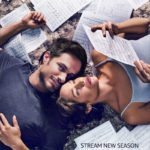 A new poster and trailer have debuted for the fourth season of Amazon’s critically acclaimed comedy drama series Mozart in the Jungle; take a look here… Hailey and Rodrigo’s romance deepens as they go public with their relationship in the fourth season of the Emmy and Golden Globe winning series. As Rodrigo learns what it means to be […]

Amazon has released a poster and trailer for the third season of the critically acclaimed comedy drama series Mozart in the Jungle; take a look below…

Ahead of its release on Amazon Prime later this month, a trailer has arrived online for the second season of Mozart in the Jungle. Check it out below… In the second season, despite months of practice, the orchestra’s growth has stalled since Rodrigo’s triumphant debut as Maestro. An upcoming Latin America tour, a potential labor […]